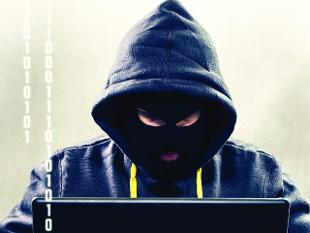 One out of five top executives of global corporations are apprehensive of investing in India because of concerns around frauds said Global Fraud and Risk Survey for 2016 published by Kroll, a global risk solutions provider.

The report said that of the 545 respondents who were reached out to as part of the global survey around risks to business emerging out of fraudulent practices and cyber security lapses, 19% of the respondents said they had been ‘dissuaded’ from investing in India due to such concerns. In the survey, India ranks second only to China which saw 25% of the respondents saying the same.

“These statistics reveal the contradictions in the Indian economy. On the one hand, India is an attractive destination for foreign investors…, on the other hand investors are deterred due to fraud, corruption and security concerns,” said Reshmi Khurana, head of South Asia at Kroll.

The report also found out that among the major reasons that accounted for the frauds, 27% originated from management conflict of interest, 27% from corruption and bribery, 27% from market collusion and 25% from internal sources.

While the report did indicate a bleak figure for the Indian investment environment, it also noted the fact that 68% of Indian companies were affected by fraudulent actions in 2016 compared to 80% last year.

“The reported 12% drop in the number indicated that there is a gap in the perception of fraud in India between internal and external stakeholders,” said Khurana. “In many cases Indian companies shy away from reporting such attacks and incidents fearing reputation loss.”

Kroll also said that while companies were mostly targeted for their top secret business information, there were also attempts to extract information about their employees. Employee details are things that have a huge market in India and more the details higher is the price in the grey market, said Khurana.

Unlike in the developed world cyber security was never part of the priority list of companies in India but steps like demonetisation and also increased digitisation have brought the entire discussions around cyber security to the foreground.

“Cyber risk is set to grow in India as the country becomes more digitised. At the same time, as the laws governing cybercrime strengthen companies in India will face greater reputation risk from having more obligations to disclose breaches that they may suffer,” said Tarun Bhatia, managing director, investigations and disputes, Kroll.