After Raising $100 Mn, Swiggy Now In Talks With Coatue Management For Another $100 Mn 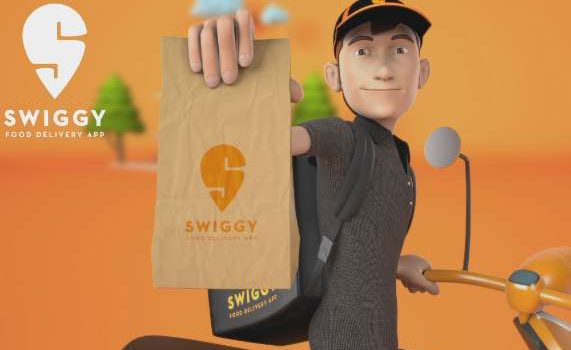 The development comes less than two months after the Bengaluru-based startup raised $100 Mn in Series F funding round led by Naspers at a valuation of $700 Mn.

The round also saw the participation of a new investor Meituan-Dianping, which is one of China’s largest service ecommerce platform. Of the total $100 Mn investment, Meituan-Dianping reportedly contributed $40 Mn.

Claiming that both Coatue and Meituan-Dianping have expressed interest in leading another funding round in the online restaurant search and food delivery platform, a source in the know said, “Coatue has been talking to Swiggy for the past few months before the previous round of funding was closed.”

It is, however, unclear whether the proposed investment will be a follow-on of the earlier Series F round or a new round in itself.

An email query sent to Swiggy awaited response till the time of publication.

It should be noted that, if the deal goes through, it would place Swiggy in a much stronger position against arch-rival Zomato, which incidentally raked in $200 Mn in funding from Alibaba’s Ant Small and Micro Financial Services Group last month as well.

Flipkart, SoftBank, Tencent: All Keen For A Slice In The Swiggy Pie

Headquartered in Bengaluru, the foodtech startup has raised a total of $255 Mn+ in funding till date. Prior to the $100 Mn Series F funding, the food delivery company raised $80 Mn in a round led by Naspers at an estimated valuation of $400 Mn in May 2017.

Over the last one year, Swiggy has attracted a ton of investor interest from biggies like SoftBank, Alibaba, Naspers, Flipkart and Tencent. Reports of Flipkart initiating acquisition talks with Swiggy first surfaced in October 2017, when it was said that the homegrown ecommerce player was gearing up to diversify its business through acquisitions and investment.

Later in November, The Ken reported that Flipkart was preparing for a possible infusion of $50 Mn in Swiggy. Tencent, whose portfolio includes firms like Practo, Ola, Flipkart and Hike, might also follow the investment round with Flipkart in the Bengaluru-based foodtech startup, the report further stated.

Around the same time, it was said that Japanese conglomerate SoftBank is was gearing up for a $200 Mn-$250 Mn investment in the foodtech startup.

With the aim of strengthening its market leadership position and solving existing supply gaps in the marketplace, Swiggy has been introducing a host of unique and advanced products and services in recent times.

From cloud kitchen to introducing new supply chain, Swiggy has been aggressively working to promote its market share in this segment. Over the last several months, Swiggy has launched a slew of new initiatives including Swiggy Access, long-distance deliveries and Capital Assist to help restaurants serve consumers in new and more powerful ways.

The company also strengthened its senior leadership with several additions to the team including those from the recent acqui-hire of gourmet food startup 48East. It also underwent a revamp, making it more intuitive and personalised to each consumer.

In its endeavour to bolster its online food delivery service against rival Zomato, the company unveiled a new service, Swiggy Scheduled, in February 2018. Swiggy Scheduled will enable users to plan and order their meals for lunch, dinner, breakfast, or party menus in advance.

Earlier this month, it partnered with ICICI Bank to roll out two convenient and hassle-free digital payments solutions for its delivery partners. Under this partnership, Swiggy’s delivery partners can use a Unified Payment Interface (UPI)-based solution for instant fund transfers on-the-go or choose to deposit cash at automated Cash Deposit Machine (CDM) available at ICICI Bank branches and ATM locations.

In another similar move, the online food delivery giant joined hands with Flipkart-owned PhonePe recently, as part of which the technology and product teams at Swiggy and PhonePe have collaborated to build a one-tap checkout flow for the former’s users.

As a result of its continued focus on strengthening its product portfolio, Swiggy posted a record increase of 500% in revenues in the last financial year and saw order volumes nearly double since its previous funding in May 2017. As of now, Swiggy claims its average delivery time as an industry benchmark of under 35 minutes.

An Overview Of Coatue Management

Founded in 1999 by former Tiger Global executive Philippe Laffont, Coatue Management is a technology-focussed hedge fund that invests in public and private equity markets. It claims to have over $15 Bn in assets under management at present.

Its notable investment India is Mumbai-based online classifieds portal Quikr, which raised $60 Mn in a funding round in 2015 led by existing investor, AB Kinnevik, along with the Falcon Edge Capital and Coatue Management.

Apart from that, Coatue has also reportedly been in talks with cab aggregator Ola for a potential investment. Among its portfolio companies is Beijing-based bicycle sharing startup Ofo.

According to a study by Netscribes Research, the online food delivery segment in India is expected to expand by 34%-36% between 2015 and 2020. The rising opportunity in the online food ordering space is also calling in unicorns like Flipkart, Paytm and Amazon India to test waters.

Amid the rising competition, if Swiggy manages to raise funding from Coatue and others, it will give the company a major boost against rival Zomato