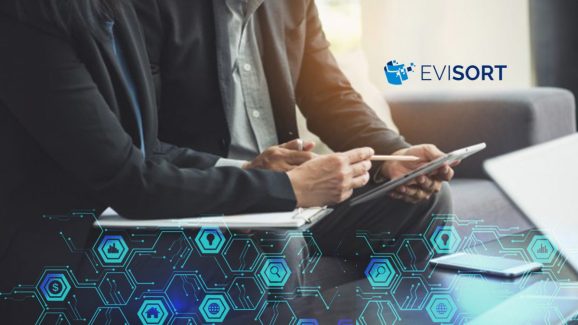 Contract management is a time- and money-sucking endeavor for enterprises, regardless of their size or industry. According to a 2016 survey conducted by Apptus, 39% of legal departments are forced to rely on non-lawyers to manage their contracts, while 50% take a week or longer to turn out documents like non-disclosure agreements. Moreover, only 40% of legal departments say they have an automated contract management tool.

This state of affairs prompted a team of Harvard Law and MIT researchers — Amine Anoun, Jake Sussman, and Jerry Ting — to found Evisort, a startup developing software to help businesses categorize, search, and act on documents of any type. The trio pioneered AI that understands both meaning and context in legal language, eliminating the need for manual data entry and parsing. In the roughly three years since it opened for business, Evisort has attracted customers like Brooks Brothers, Cox Automotive, Fujitsu, TravelZoo, Sweetgreen, and over 100 others, for which it collectively manages more than $40 billion worth of corporate contracts. Now it’s raising fresh venture capital ahead of a planned expansion in the coming year

Evisort today announced that it has secured $15 million in a funding round co-led by Vertex Ventures and Microsoft’s M12, with participation from Amity Ventures and Serra Ventures. This brings the startup’s total raised to nearly $20 million, following a $4.5 million seed round in February 2019, and CEO Ting says it will be used to grow Evisort’s team, expand its product offerings, and launch a new R&D office in Montreal, Quebec with upwards of 10 technical team members.

Evisort’s Amazon Web Services-hosted (and optionally on-premises) platform — which handles contract generation and review, in addition to management — automatically tracks expiring documents and syncs with all repositories where those documents might be located, after which it generates metadata across all contracts using AI and machine learning algorithms. The algorithms categorize clauses related to indemnification, confidentiality, limitation of liability, and termination and label them. Then they identify risky contracts by flagging non-standard provisions.

On the procurement side of the equation, Evisort’s bespoke systems analyze and aggregate contracts while powering robust searching (by clauses, contract types, and key terms) and reporting (such that contracts are automatically renewed). Ting says they work with most document formats, from PDF to Word, thanks to a document recognition AI trained on millions of files. This AI and platform support the tagging and categorization of an unlimited number of document and provision types and integrate with existing services like DropBox, OneNote, Salesforce, Evernote, and Asana

Evisort is swift enough to work through a 20-page document in as little as “seconds,” Ting claims. Plus, it lets clients create and manage different levels of user access privileges, such as for admins and read-only users, and define which users have access to certain documents and folders.

Evisort certainly isn’t the only contract management solutions provider vying for a slice of the $2.9 billion markets. Rivals include Concord, which raised $25 million for its digital contract visualization and collaboration tools last October, and Icertis, which raised a whopping $115 million in July. That’s not to mention incumbent DocuSign, which invested $15 million in AI contract discovery startup Seal Software.

But M12 corporate vice president and global head believe there’s room for growth yet. “Simply put, Evisort is creating the new command center for the operations team for mid-to-large enterprises,” he said. “Evisort’s AI algorithms draw out the deepest insights for legal, procurement, and financial teams and are pushing the envelope on AI advancements.”