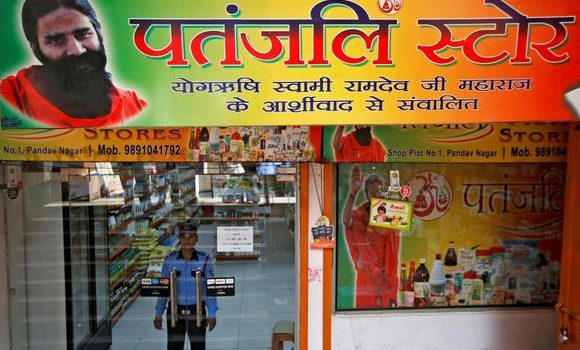 Indian yoga guru Baba Ramdev, above left, who developed Patanjali into a food and consumer goods giant, has now tapped into the security business.

Ramdev and Balkrishna founded Patanjali in 2006 to sell ayurveda-based medicines. Patanjali expanded into food and consumer goods, with its sales exceeding those of consumer goods giant Dabur India and the Indian arm of the Swiss multinational food producer Nestle. Ayurveda refers to traditional Indian holistic medicinal and health practices.

According to the Federation of Indian Chambers of Commerce and Industry and others, India’s private security market stood at 400 billion rupees ($6.23 billion) in 2014, but is expected to double by 2020. Ramdev said he will develop Parakram Suraksha into a major company in a short time.

The next policy of Modi, an old friend of Ramdev, is likely to hold the key to why he chose to tap into the private security industry.

Modi recently declared in a radio address to the nation that he will ensure that the VIP culture is removed from the minds of the select few VIPs. According to reports, the number of India’s VIPs could reach 2,000 to 15,000 — where 2,000 is the number Indian government initially in 2015 counted to keep in its list of VIPs for easy immigration at US airports — far more than Western countries’ 100 to 250 each.

If Modi goes ahead with cutting VIPs, there will be more “former VIPs” who cannot receive official VIP treatment such as providing short-cut arrangement at the airports, allocating policemen and cars for security guard, etc. There is strong possibility that demand for protecting important people, among private security services, will increase.

Modi has yet to present specific measures to cut VIPs. However, Ramdev, a close friend of the prime minister, may have good reason to tap into the security business such as provision of bodyguards.