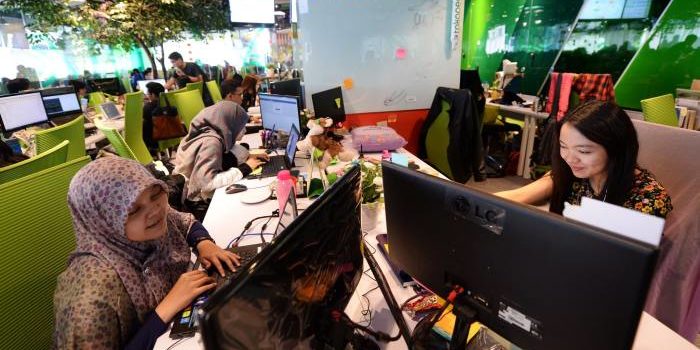 Please use the sharing tools found via the share button at the top or side of articles. Copying articles to share with others is a breach of FT.com T&Cs and Copyright Policy. Email licensing@ft.com to buy additional rights. Subscribers may share up to 10 or 20 articles per month using the gift article service.

The government has yet to decide the size of the initiative or the source of its funding, according to people with direct knowledge of the plan. But earlier statements from the government on the likely size of any sovereign wealth fund have estimated it at up to $10bn.

The proposal is being backed by three ministries — the ministry of finance, the investment ministry and the ministry in charge of state-owned enterprises, the people with knowledge of the plan said.

Jakarta is keen not only to emulate the success of Singapore’s state-led investment model but also to ensure greater domestic participation in the country’s burgeoning tech start-up sector.

The Singapore government’s Economic Development Board and its investment arm, Enterprise Singapore, along with Temasek, invest in start-ups and the investment companies that back them, targeting not only the domestic market but also south-east Asia and India.

Please use the sharing tools found via the share button at the top or side of articles. Copying articles to share with others is a breach of FT.com T&Cs and Copyright Policy. Email licensing@ft.com to buy additional rights. Subscribers may share up to 10 or 20 articles per month using the gift article service.

By investing alongside international venture capital firms such as Sequoia Capital, Temasek’s participation is seen as commercial rather than a politically driven initiative from a foreign government.

“Why should our government let Singapore have all the upside?” said the head of one Jakarta-based investment firm of Indonesia’s plan for a sovereign wealth fund. “It is a great idea.”

He said the government was also considering setting up an office in Singapore to access Indonesian businesses there.

Another purpose of the proposed sovereign wealth fund would be to support overly indebted small and medium enterprises.

But other private sector businesspeople said the Indonesian government lacked Singapore’s deep pockets or the city state’s ability to make purely commercial investments without allowing politics to interfere. Temasek had a net porftfolio of S$313bn ($228.7bn) as of March this year.

“Would they be able to give that kind of fund the independence and governance of a Temasek?” said the head of one local conglomerate. “Temasek and GIC are as good as sovereign wealth funds get. But for the Indonesian government to pick winners is more dicey.”

Other local investors said they believed the government was already too heavily involved in the economy and that government-linked enterprises and other vested interests with political connections were too powerful.

The Indonesian Ministry of Finance did not immediately respond to requests for comment.

Indonesia has a vibrant start up market thanks to the existence of venture capital funds in Jakarta and Singapore.

Some established conglomerates, such as Lippo and Sinar Mas and banks such as BCA, also have venture capital arms.

Mr Pandjaitan said during a visit to Abu Dhabi that the fund would pool money from overseas investment funds, including those of the UAE, with the potential to attract $5bn-$10bn for infrastructure or other investments.