Is Seed Funding the Right Answer for Your Startup? 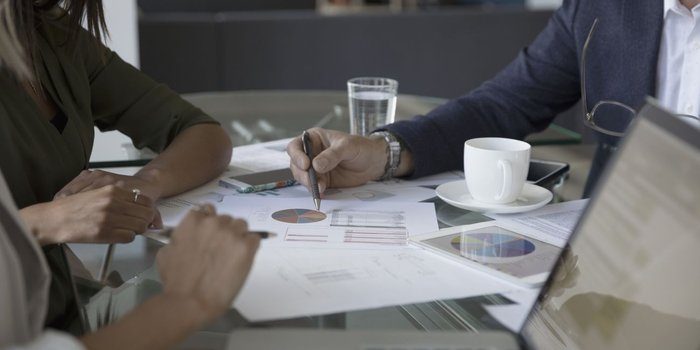 For startups, securing the first round of funding is a daunting process. Doing so requires founders to take what is often a very complex idea, product or solution, and boil it down to dollars and cents for investors who, for the most part, only care about how quickly they will make their money back. The process will test an entrepreneur’s commitment to her idea while any and all unforeseen business issues are brought to light.

This was certainly the case for a fintech company we invested in early on, whose model was to dispute customer chargeback claims for online retailers. After investing in them in 2010, both my team and theirs struggled and questioned whether or not investing at that stage was the right decision.

At the time, chargebacks weren’t well understood, and the team was manually disputing cases on behalf of clients. The process was time consuming and expensive, and few clients were willing to pay the price. Ultimately, they had to decide between staying the course for as long as was sustainable, or starting over with a fresh, scalable approach. They went through multiple CEOs as they worked to develop a solution, but ultimately made it through to become an industry leader in chargeback monitoring working with some of the world’s largest brands.

Their story is much like many others: Apple, Amazon, HP and Disney all embody the American Dream of building a successful and impactful business despite the failures and setbacks. It’s a case study for best practices that we as entrepreneurs look to for examples of perseverance and hard work. But, investment isn’t for everyone, and understanding the impact it may have on your business is something few entrepreneurs consider beforehand. Taking a few steps and asking a few questions can set you on the right path as you consider whether it’s time to take your first outside investments.

1. Determine whether your business needs outside investment.
Funding isn’t validation of your skill as an entrepreneur — plenty of businesses are successful without it, and plenty more have spectacular flameouts after raising too much money too soon. Instead, your seed round will be a consequence of the momentum you generate. Have you taken your business as far as you can reasonably go on your own, or are you missing a bigger opportunity because you lack the money to seize it?

GoPro founder Nick Woodman is a great example of this, selling bead and shell belts out of his VW van to bootstrap money as he developed his product. He did whatever he could to keep costs low, including moving in with his parents and working every position himself to keep from having to hire employees.

Was it ideal? Likely not. But, too many young and eager entrepreneurs are willing to risk their networks, careers and families on a business idea that hasn’t been vetted or isn’t easily scalable.

2. Be willing to burn the ships.
Being willing to stop what you’re doing and pivot toward a business model that’s more scalable or relevant to the market is a risk, and one that few entrepreneurs readily take. But, recognizing the need to do so is a sign of true entrepreneurship and, when done correctly, can pay off in dividends.

Such was the case for Starbucks, which initially started as an effort to simply sell coffee beans. It wasn’t until 1982 when Howard Schultz joined the company that the new model started taking shape. But, the thought of giving up on the original idea and momentum to forge a new and foreign path was something the initial founders struggled to accept. Of course, we see now the fruits of that decision as Starbucks has become what is now one of the largest chains of coffee houses in the world.

3. Invest in your network and relationships.
An important characteristic of the most successful entrepreneurs is they’re hungry for any information that helps them make better decisions. According to a survey by Endeavor Network, startups advised or mentored by another successful founder were three times more likely to have a great exit (which was defined as $100 million or more). Good entrepreneurs surround themselves with experienced people, and tap into that network for help.

Facebook’s Mark Zuckerberg, for example, relied on his relationship with Steve Jobs for advice during a time in which Facebook was struggling. When they met, Jobs shared his experience solving problems with Apple when first starting out. His advice helped Zuckerberg reconnect with his vision for the company, solve the problems he was facing and put Facebook back on a path toward success.

4. Slow and steady wins the race.
The industry today has perpetuated the stigma that your business idea is only as successful as your valuation or the funding you’ve raised — the bigger the number, the better your idea. That kind of thinking is myopic. Concentrate instead on raising at valuations that allow you to increase the value of your company at each round. (Aiming to at least double your valuation each round is a good rule of thumb.)

An easy way to ensure you stay on pace is by setting short-term goals for yourself and your employees to help you reach your overall objectives as a company. Google does a great job of this with its Objectives and Key Results (OKR) system. By tracking progress toward individual goals on a quarterly basis, Google helps employees prioritize their workloads by encouraging time spent on projects that positively impact company objectives.

The life of an entrepreneur is rarely easy, but by taking a few extra steps, you can set yourself up for success and ensure that, if and when the time comes to secure funding, the growing pains of the seed stage will come as less of a shock and more of a boon to your overall success as an entrepreneur.