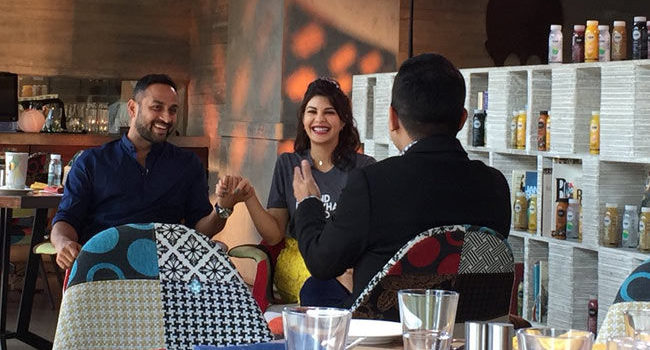 Sri Lankan model-actress and sexiest woman in the world Jacqueline Fernandez has invested $543,000 in Rakyan Beverages Private Limited, a company that makes the Raw Pressery brand of fruit juices. The latest investment values the three-year-old company at Rs 120 crore. With a following of 6.08 million on Twitter and 12.7 million on Instagram, Fernandez is seen as an “influencer” by the juice maker.

“While professional investors take calculated risks, celebrities are believers and users of the brand. Jacqueline has about 13 million followers just on instagram and can influence buyers. Hence, she is not an ambassador but an evangelist who can have an impact on the topline,” the Economic Times quoted founder Anuj Rakyan as saying.

The 31-year-old actress had hinted at the deal last week in a cryptic tweet. Rakyan Beverages intends to raise $10 million by the end of this calendar year for expansion.

In February last year, the company had raised $4.5 million  from Saama Capital, DSG Consumer Partners and existing investor Sequoia Capital in Series B round.

Fernandez was voted as the “sexiest woman in the world” in a FHM India poll conducted among the magazine’s readers.

Jacqueline’s first Bollywood movie was Aladin, released in 2009, but the film had bombed at the box office. She stole the limelight with an item number titled Dhanno in the movie Housefull in 2010.