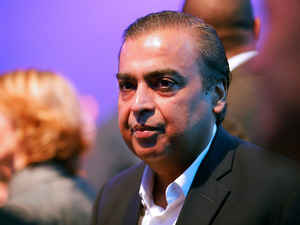 Reliance Jio Infocomm will invest a fresh Rs 10,000 crore in Uttar Pradesh over the next  three years, and will make available 20 million JioPhones in the next two months in the  state, Reliance IndustriesBSE -0.47 % (RIL) chairman Mukesh Ambani has said.

Speaking at the UP Investors’ Summit on Wednesday, Ambani said RIL had already invested Rs 20,000 crore to build digital infrastructure, and created 40,000 direct and indirect jobs, and along with its other businesses such as retail, polyester and petroleum, will create over one lakh job opportunities in the state in the coming years

“Jio’s Digital Revolution is here to make the maximum contribution to UP’s development revolution,” Ambani said. “Jio will establish a centre for the fourth industrial revolution within the campus of areputed university in Uttar Pradesh.” Talking about the JioPhone, Ambani said RIL has virtually made the device free — considering a Rs 1,500 upfront deposit refundable after three years — because it wants even the poorest Indian to become digitally
empowered.

“Therefore, I am happy to announce that Jio will make available over two crore JioPhones in UP within the next two months on a priority basis,” he said. RIL group company Reliance Retail, which owns the JioPhone — a 4G VoLTE featurephone — had emerged as the lar-gest brand in the segment in the October-December quarter, surpassing Samsung, and in the process, had increased the overall market for basic phones. Vendors shipped record 56 million units of the basic phones in the quarter, thanks to the JioPhone shipments, according to IDC. Ambani said
UP, which India’s most populous state, can become the country’s most prosperous one by embracing the prime minister’s ‘Digital India’ mission.

“RIL has built a world-class digital infrastructure all over India, including in UP, in less than two years… Jio is providing the highest quality data at the lowest price in the world to over 2 crore citizens of Uttar Pradesh,” he said.