Opinion | Too much capital brings with itself too much distraction 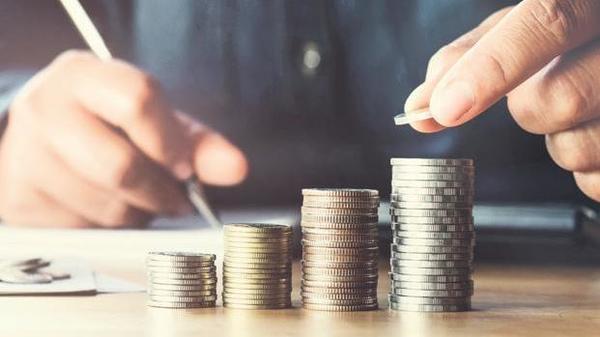 In his book The Hard thing About Hard Things, Ben Horowitz, co-founder of venture capital (VC ) firm Andreessen-Horowitz, writes about his experience of raising $20 million venture capital for his two-month-old startup, LoudCloud, along with Marc Andreessen of Netscape fame. Though it was the summer of 1999, just at the precipice of the dot-com bust, the clouds of an ensuing slowdown still looked far away.

Two decades later, it is becoming clear that the startup ecosystem is still oblivious to the dangers of such thinking. For one, the optics are just like that. There’s been more investment into startups than ever, as venture capitalists (VCs) invested a record $132 billion in US and $342 billion all around, in 2018. Deal sizes have grown, and with it the capacity of new businesses to remain private. Median incubation period from seed to initial public offering (IPO) has reportedly protracted from 3.2 years to almost 10 years, since 2000. In India, over half-a-dozen unicorns —firms valued at $1 billion—were created in 2019, the most recent one simply a week ago. Technology has cut down startup costs, while talent and capital are plenteous; it’s a golden era for VCs.

Or is it? The problems with optics are that they can hide ugly problems.

Too much capital has brought with itself too much distraction. There seems to be a dissonance between the priorities of VCs and entrepreneurs. VCs were supposed to be revered by regular Joes for their ability to predict “outliers”, to collect those serendipitous, rare, extreme impact moments where there is a disproportionate payoff from the unknown. Instead, VCs, driven by the urgency to deploy capital, seem to embrace the philosophy that investing unprecedented capital in a startup will convey competitive advantage. Meaning, bigger bets to ensure big wins. According to Crunchbase, in 2018, two-three deals over $100 million were closed every day, accounting for 56% of total VC investments worldwide. Back home, there is a slowdown in Series A and more thrust on late-stage deals

In a world awash with capital, every VC wants a unicorn in its portfolio. In that pursuit, putting too much capital too soon in unproven business ventures can prove catastrophic. According to Wired, the two worst-performing IPOs this year, Uber and Lyft, had collectively raised $29.6 billion. They lost more VC money before going public than all 55 other companies that went public in the US this year combined. The National Bureau of Economic Research estimates that unicorns are about 50% overvalued.

Look at China—everybody’s envy that used to produce a unicorn every week – and is now experiencing venture slowdown, amid concerns of a broken growth model. Some introspection is imminent: if too much venture capital is necessarily the playbook? Some of the most remarkable startups succeeded on the strength of their technology and business model, not venture capital. For instance, pre-IPO venture capital raised by tech-supergiants Amazon ($108 million), Google ($25 million), and Salesforce ($61.1 million) will look minuscule in the current environment.

Bryce Roberts who runs a VC in partnership with the legendary Tim O’Reilly, told Inc. told Inc. that investors and investment capital can distract founders at best, and can send them off course at worst.

Unique events are happening. Oyo’s founder Ritesh Agarwal is raising his stake in the company with a $2 billion buyback, in a move that will bring his ownership closer to biggest investor SoftBank. Promoter financing for buying out stake of existing investors is not a rarity in private equity world. Globally, there have been such VC transactions too.

“Unique” is its scale, happening in the Indian VC/ consumer internet space and that too, for a loss-making company.

“Even big promoters in India wouldn’t have raised such a large amount against blue chip listed shares,” a VC tells me. As official details of financial transaction are not known, questions are being raised on funding structures or role of SoftBank, if any, in facilitating this transaction. More importantly, will other SoftBank-backed “unicorns” follow suit, rather SoftBank show similar love and blessings to follow one? For a loss-making startup, is a buy-back of shares the best use of its capital?

These are all manifestations of too much capital. Talking of which, SoftBank has just raised a sequel to its mammoth Vision Fund. Very soon, the annals of venture capital will have to be defined by the pre-SoftBank era and the post- SoftBank era. Well, the hypothesis of building a business if capital were free just got reinforced. For now, the party continues.