Salesforce to acquire MuleSoft for $6.5 billion 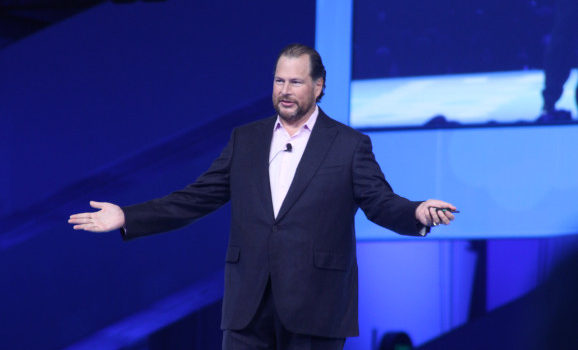 Salesforce announced today that it has signed an agreement to acquire MuleSoft, a company that makes software to integrate disparate enterprise software systems. The mixed cash and stock deal is worth approximately $6.5 billion, according to a press release.

The tech titan plans to use MuleSoft’s technology to power a new Salesforce Integration Cloud, which will help customers connect multiple sources of data together in order to derive further insights. MuleSoft’s existing software allows businesses to bring information in from other cloud services, as well as on-premises infrastructure.

This deal speaks to one of the key issues facing large businesses today: their data is often stored in disparate systems of record, and it can be difficult for them to bring it all together in a single place for further processing, whether that’s through the application of conventional analytics or more advanced techniques like the use of artificial intelligence. Integration of disparate data sources is one of the biggest challenges facing Salesforce customers, according to a statement made by company executives on a conference call announcing the deal.

Right now, Salesforce is planning to continue selling MuleSoft’s Anypoint Platform through its sales channel, in addition to pushing the Integration Cloud, following the acquisition. However, nothing is set in stone, considering the deal has yet to close.

There are plenty of other companies competing in the enterprise application integration market, including Oracle, Microsoft, and SnapLogic. Salesforce’s ability to integrate disparate enterprise data sources will also help its Lightning low-code application creation service.

MuleSoft went public last year, in one of the first marquee tech IPOs of 2017. This is one in a long line of acquisitions that Salesforce has made to change its business, including its $2.8 billion deal for Demandware in 2016, and its acquisition of MetaMind the same year, which helped lay the groundwork for the company’s Einstein AI capabilities.

Both companies have worked together in the past. Salesforce invested in MuleSoft when it was a private company, and the integration software provider highlighted its work connecting other systems with Salesforce’s offerings.

Salesforce expects the deal to close during its second fiscal quarter, which closes July 31 of this year. There’s still a great deal of work for the companies to do before then, including setting up the agreement to acquire shares of MuleSoft.