Social Capital to take startups public without an IPO 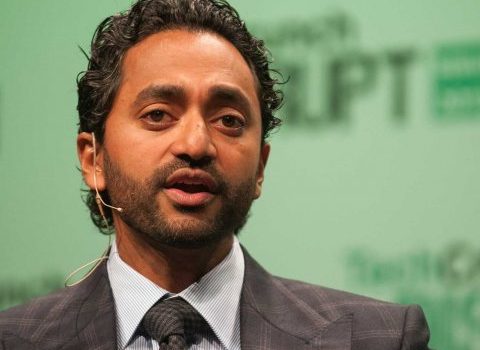 The team has listed something called a special purchase acquisition company, known as a SPAC. More common outside of the tech industry, these blank-check companies are specifically designed to buy private companies and bring them public without going through the IPO process.

Social Capital has raised $600 million for this holding company named Hedosophia, which will be used to buy a stake in a yet-to-be-decided-on startup. Social Capital CEO Chamath Palihapitiya says it will have a market cap between $3 billion and $20 billion. Former Twitter COO Adam Bain is also on the board for the project.

He could not say whether it would be a Social Capital portfolio company. Legally, the team isn’t allowed to select a startup until after October 1. But Palihapitiya claims that “15 of the most visible CEOs emailed instantly once the S-1 was filed.” He told TechCrunch that “the interest for this model is off the charts” and called it the “single-most oversubscribed SPAC in history.”

Palihapitiya is doing this because he believes the IPO process is broken. Startups have been waiting longer to go public and, as a result, employees are finding it harder to find liquidity for their shares. He believes this is what is contributing to a sizable chunk of employee turnover at the best startups.

Preparing for an IPO is cumbersome, and some startups are taking more than a decade to reach this milestone. Palihapitiya believes that companies will go public sooner if they have the option to be acquired instead. And unlike other acquisitions, these startups will retain control of their business.

While it’s true that these companies can skip an investor roadshow and they won’t have to deal with bankers picking what’s often a suboptimal IPO price, these companies will still require regulatory approval from the SEC. A SPAC can expedite things, but companies aren’t going to go public until they are ready to sell their vision to the stock market.

But ultimately, this concept will make the “process much more efficient,” claims Palihapitiya.