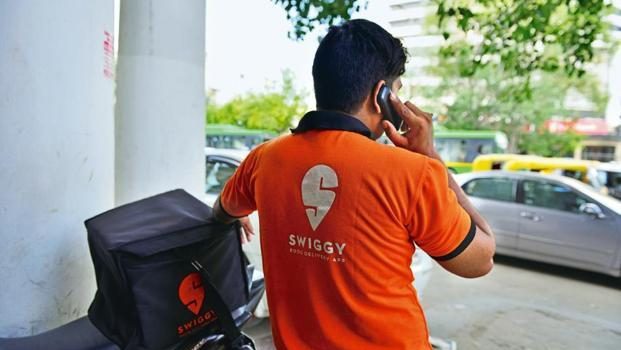 Online food delivery start-up Swiggy (Bundl Technologies Pvt. Ltd) is in talks to hire a new chief operating officer (COO) for its main marketplace business and is also in the process of building out a new “cloud kitchen” vertical for which it is expected to hire a new chief executive officer, according to three people aware of the developments.

Swiggy is currently interviewing several candidates for both positions, and has shortlisted executives from companies such as Reckitt Benckiser (India) Ltd for the role of CEO of the new business, said the people mentioned above. All three executives requested anonymity as these discussions are private.

“As India’s leading food ordering and delivery platform, Swiggy is continuously looking to strengthen our team, including leadership, to support and enable our growth and increased scale of business. Our vision is to change the way India eats, and Swiggy will continue to drive innovation through various initiatives that not only benefit our customers, but also the marketplace,” said a Swiggy spokeswoman in an email.

Swiggy is not the first food-tech start-up to bet on the so-called cloud kitchen. Rival Zomato Media Pvt. Ltd rolled out a similar model earlier this year.

In an interview in November, Zomato founder and chief executive Deepinder Goyal had said it would create kitchen spaces in areas where there isn’t adequate supply of good restaurants and would allow restaurants and iconic brands to prepare and deliver food exclusively for Zomato through these kitchens.

Such a model allows start-ups such as Swiggy and Zomato to charge higher commission from restaurants (sometimes as high as 35%) on every order delivered through these kitchens.

Swiggy, which generates most of its business through commissions that it charges restaurants and customers, has been looking for newer revenue streams to offset the losses that it typically incurs.

For the year ended March 2017, Swiggy reported a loss of Rs137.18 crore, compared with Rs2.12 crore in fiscal 2015, according to regulatory filings with the Registrar of Companies. Total expenses stood at Rs160.77 crore.

Food delivery companies in India, which charge clients a commission of 10-20% of the order value, typically end up losing money on every delivery that costs upwards of Rs50. To counter that, Swiggy charges consumers an additional fee of Rs30 for orders of less than Rs250.

Swiggy’s latest plans comes at a time when it faces more intense competition from the likes of Zomato.

Last week, Zomato acquired delivery start-up Runnr as part of a widely expected, all-stock deal that is expected to help the former significantly shore up its food delivery business and compete better against Swiggy.

The last funding round made Swiggy one of the best-funded food delivery start-ups in India—so far, Swiggy has raised roughly $155 million in equity. It has also raised about $8 million in venture debt from InnoVen Capital.

This is second only to Zomato, which is currently in talks with China’s payments giant Ant Financial Services Group to raise $100-200 million. Since starting out in 2008, Zomato has raised roughly $225 million in capital.