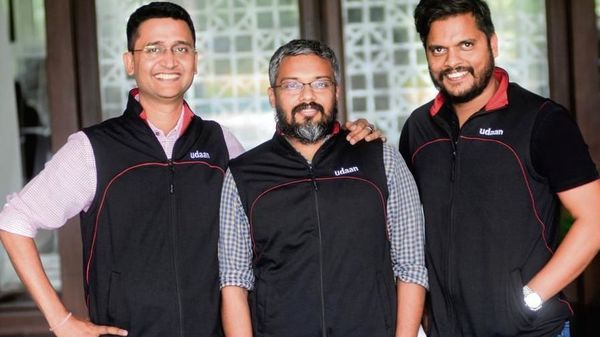 Udaan, the fastest Indian startup to achieve unicorn status, has raised $585 million in its latest round of funding, valuing the online business-to-business marketplace at $2.5-3 billion.

Online B2B marketplaces have caught investors’ fancy as small and midsize businesses are increasingly turning to the internet to interact with a wide range of suppliers, allowing for better price discovery and lowering their purchasing expenses.

“Udaan’s unique approach can enhance the capabilities of millions of kirana stores across India,” Martin Lau, president of Tencent said in the statement. “Udaan represents a powerful example of how technology can empower the business of small merchants, improve the efficiency of industries and bring benefits to consumers.”

Udaan became the fastest Indian startup to achieve a valuation of more than a billion dollars, when it raised $225 million from DST Global and Lightspeed last year.

The B2B marketplace plans to use the newly raised funds to deepen its presence across India and add new product categories.

“We plan to get deeper into the food category this year and also explore adding other categories such as electricals, industrial equipment,” Vaibhav Gupta, co-founder of Udaan, said in an interview.

Udaan facilitates the purchase and sale of fashion products, groceries and electronics among manufacturers, brands and retailers. It was incorporated in June 2016 and launched later that year. Since then, the company has expanded its operations to 900 cities. It was founded by former Flipkart executives Amod Malviya, Sujeet Kumar and Gupta.

Udaan has been in funding talks with several investors over the past few months, including Japan’s SoftBank and New York-based hedge fund Tiger Global Management, but nothing materialized.

“Empowering tens of millions of small businesses to more effectively procure and sell goods is not only a massive business opportunity, but will help transform the economy by providing internet-scale productivity gains to merchants, wholesalers, and manufacturers,” Brad Gerstner, founder and CEO of Altimeter Capital, said in the statement.

The last few months have seen strong investor interest in B2B e-commerce firms. This includes agritech company NinjaCart, which saw an investment of $89.5 million from Tiger Global. NinjaCart connects farmers to retailers such as grocery stores, supermarkets and restaurants that buy fruits and vegetables. Moglix, a B2B marketplace for industrial goods, raised $60 million from Tiger Global and Sequoia Capital.

While most firms in this space are vertical players, which means they focus on one specific category—say, fresh produce, industrial goods, or staples—Udaan is a horizontal player, offering products across categories.

The company also offers other services such as credit financing and logistics to connect manufacturers with retailers.