Walmart to open 50 new stores, half of those in UP, Uttarakhand 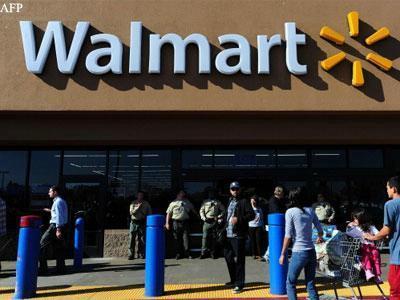 NEW DELHI: Global retail giant Walmart is looking to locate nearly half of its 50 stores in the country in Uttar Pradesh and Uttarakhand as it seeks to ramp up operations in the cash-and-carry segment, while also eyeing food retail if the government eases the norms.

Sources told TOI that Walmart, which currently has 20 stores across the country, is planning as many stores in the two northern states, where BJP recently swept to power. In addition, the US retailer plans to open 10 stores each in Maharashtra (where it currently operates its ‘Best Price outlets in Amravati and Aurangabad), Andhra Pradesh and Telangana. Walmart is looking at two more stores in Lucknow in addition to Ghaziabad, Noida, Kanpur, Allahabad, Haridwar, Dehradun and Haldwani. With each store providing direct and indirect employment to 2,000-2,500 persons, the company may end up creating over 40,000 jobs in UP and Uttarakhand.

The sources said that retailer, which parted ways with Bharti a few years ago and had put its store expansion on hold for a while, sees enormous opportunity in UP and Uttarakhand where there is little competition from others (such as Metro AG and Reliance) operating in the cash-and-carry format. Cash-and-carry stores are wholesale outlets, which are only allowed to sell to retailers, canteens and hotels.