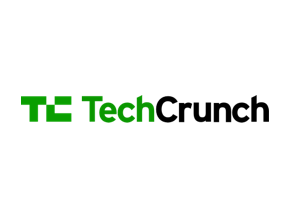 Funding Societies also said it has raised credit lines from banks and financial institutions to lend to small- to medium-sized businesses. Founded in 2015 by Kelvin Teo and Reynold Wijaya, the startup’s name represents its “vision of financial inclusion in Southeast Asia.”

Its Series B was oversubscribed, says Funding Societies, which operates in Singapore, Indonesia, where it is called Modalku, and Malaysia.

When it announced its $7.5 million Series A in August 2016, Funding Societies had disbursed $8.7 million Singaporean dollars, a number that has since grown to $145 million SGD, chief executive officer Teo tells TechCrunch. Since its launch, the startup has increased its lender base to more than 60,000 and now claims a default rate of less than 1.5%, down from about 2% to 3% two years ago, thanks to improvements in its underwriting model.

In a press statement, Softbank Ventures Korea partner and managing director Sean Lee said the firm “has been actively investing across Southeast Asia. SME digital lending across Southeast Asia is where we saw huge growth potential. Among many players, we were most impressed with Funding Societies for what it has achieved in a short period of time and its potential to continue to become the number one player.”

Though Teo says Funding Societies is “always exploring other markets, there is still tons of work we need to do in our current three markets.” Despite its considerable growth over the past three years, the startup’s mantra is “slow and steady,” a phrase Teo repeated often during our interview.

“One of the key things we highlight is that it’s more important for us to grow slowly and steadily instead of fast and recklessly, because it’s a trust-based industry,” says Teo.

“We need to give out loans and be able to collect them back, so we focus on learning the market, understanding the market and solving key pain points instead of giving out a bunch of loans to chalk up high numbers and attract VCs.”

For example, though the platform may offer personal loans in the future, Teo said it currently only lends to SMEs because “we believe that we are strategically better suited to serving small businesses and, in terms of our company’s values, we think that serving SMEs is an expansionary effort. Consumer financing, in our personal view, is more consumptive finance. It doesn’t help grow economies.”

Many of the SMEs the company serves are very small. Some of its Indonesian borrowers, for example, make annual revenue of about $5,000 USD per year.

“Many of these borrowers are seeking their first business loan and do not have other sources of financing. A lot of financial institutions take a collateral underwriting approach and a lot of budding businesses would not be able to secure financing that way,” says Teo.

“But we also see some of them come to us as a form of top-up. They already have a bank loan, but it is insufficient for them, so they come to us because they are limited by the size of their collateral. Also, we are able to process financing faster than traditional institutions.”

Funding Societies was created to give SMEs, many of which had previously relied mostly on friends and family loans, access to more means of financing. The company points to a recent study by Ernst & Young, UOB and Dun & Bradstreet that says 65.2% of SMEs in Southeast Asia do not have easy access to traditional business financing, even though most are open to other options, including peer-to-peer lending platforms.

Though its platform uses algorithms for initial application screening, a significant portion of work, depending on loan size, is still done by Funding Societies’ employees, who have grown in number from 70 in 2016 to 165 now (Teo says the company is currently hiring in earnest and willing to pay relocation costs for promising talent). Almost all applicants talk directly to someone from the company. Micro-loans, which range in size from $500 USD to $40,000 USD, usually take about two business hours to approve and disburse, while applicants for larger loans may have to wait a few days to about a week.

“We’ve debated and discussed internally a lot if we leave too much money on the table, because our default rate is lower than certain banks in the markets we are serving, but given that we are still at a relatively nascent stage in the lending market and have no control over financial crises, it is more important to stay prudent than to grow recklessly,” says Teo.

This methodical approach is also important when entering new markets. Though many outside observers take the umbrella term “Southeast Asia” a little too literally, ignoring cultural differences between each country, Teo says it is still a fragmented market, so financial service companies need to localize carefully. When Funding Societies enters a new market, it can probably port about 50% of its tech and business model from its previous market, but the other half has to be built from ground up to account for economic and cultural differences, he adds.

“SME financing is a very localized business. With sufficient capital you can win the market and it’s really driven by subsidies and strong marketing,” Teo says. “But for SMEs, you really, really need to understand the local market.”