Food & AgTech Investors Are Most Excited About The Future In Asia 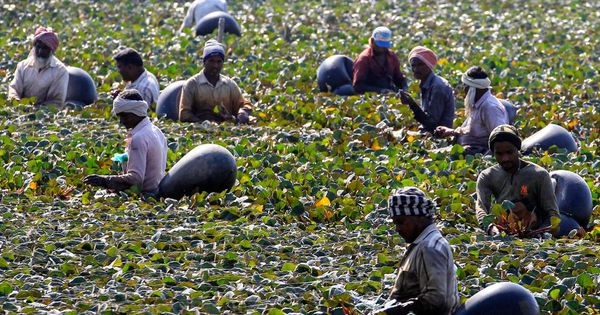 Food & AgTech investors are most excited about the potential for Asia’s agri-foodtech startup scene, according to a new report AgFunder just released with Idea2Scale.

We conducted a survey of 50 global venture capital firms that invest in foodtech and agtech and asked them about the categories and geographies they were most excited about as well as the key challenges to investing in the sector.

While North America and Europe were the most popular regions for allocated capital to-date, 57% of investors said they were most excited about Asia in the future, ahead of other regions.

“There are three main reasons why Asia is such an exciting region for agri-foodtech,” said Sanjeev Krishnan, managing director of S2G Ventures, one of the most active investors in foodtech and agtech globally. “One, it’s the greatest source of protein demand in terms of growth globally; secondly it’s production systems and logistics don’t have the infrastructure that developed markets have meaning there’s an opportunity to leapfrog over markets; and thirdly, agtech is actually potentially more relevant in Asia given some of the issues around water and soil health, and also different perspectives on data privacy.”

In an interesting dichotomy, investors were most excited about the Ag Biotechnology category of Agri-foodtech, a category that’s yet to blossom in Asia. Some 58% of investors surveyed put Ag Biotech in their top three after Innovative Food (56%) and Farm Management Software, Sensing & IoT (45%). Downstream tech categories were less popular and investors said Online Restaurants & Meal Kits were overhyped along with eGrocery.

“I agree that Ag Biotech and Innovative Food are the most exciting categories in North America, Europe, and Israel, but it’s very different in Asia with more enthusiasm for farm management software, precision ag, and online agribusiness marketplaces,” said Mark Kahn, partner at Omnivore, India’s leading agri-foodtech VC. “Frankly, the pipeline of life sciences coming out of Asia, with some notable exceptions such as in Singapore, is more limited; there’s less of an academic commercialization pipeline leading to tech transfer out of universities but also historically intellectual property regimes have been weaker. But hopefully, that will change in the next few years.” (My Asia-based colleague Michael Dean for one is very bullish about the potential for cellular agriculture and alternative proteins in the region.)

Both Kahn and Krishnan highlighted some of the challenges of investing in Asia and operating a startup in the region, including the need to interface with poor, smallholder farmers in stark contrast to the large operations in developed markets. Krishnan indicated that this would require the right partnerships and tight unit economics to work.

The Route to market was a concern felt by most investors in the survey regardless of geography, however, and Kahn indicated a core challenge in developed markets like the US was that farmers were now inundated with tech offerings so the challenge for entrepreneurs is proving the value of their product. Krishnan said he increasingly looked for innovative business models that can smooth that route to market.

S2G has not yet invested in Asia and one challenge for the Chicago-based firm is the lack of a local presence to help perform due diligence on potential investments.

“We’d want to have local partners and would expect a longer diligence cycle. But it’s also about us knowing that there’s enough of a local ecosystem to ensure a startup could find investors for their next round,” he added.

A lack of quality deal flow could be another reason investing overseas was not on the cards for 40% of respondents; the majority of investors (66%) said that warm intros were their most valuable source of deal flow over cold calls by entrepreneurs and accelerator program Demo Days. Without a base in the region, those warm intros are going be fewer and far between. Government regulation and lack of legal protection were other concerns voiced by investors.

Omnivore’s Kahn said that India’s strong rule of law, established capital markets and official use of the English language would be reasons why investors expressed particular interest in that country.