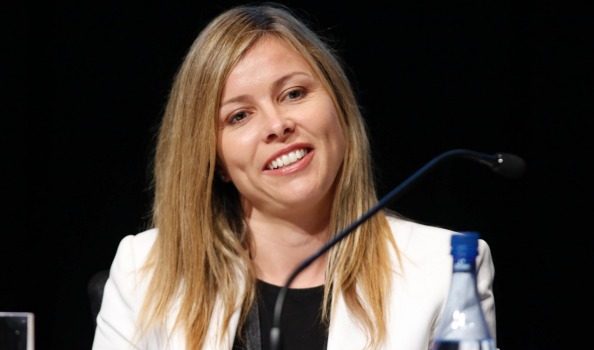 The co-founder of a fintech acquired by AMP’s shuttered venture capital arm says start-up entrepreneurs who choose to take investment from a big corporate player must have their “eyes wide open” and be careful about their motivations.

Jemma Enright, who was also chief executive of budget management platform MoneyBrilliant which AMP New Ventures wholly acquired in 2016 after an initial $1.5 million investment in 2014, said that corporates can bring a lot of value if there is a “shared vision”.

“But if you are going down the path of a corporate investor, you need to ask the question of where their interests really lie, why they are entering the space and what their corporate objectives are, so that you can go in with your eyes open and see if this is more than just a capital investment,” she said.

Last week, The Australian Financial Review revealed that AMP had shut down its venture capital unit, AMP New Ventures less than two years after it was established with plans to invest millions in disruptive businesses.

Ms Enright said when she and co-founders Peter Lord and Adrian Soldan were looking for investors they were not looking specifically for a corporate, but discussions with AMP led to a “shared strategic understanding”.

“I think corporates can bring a lot of value to the start-ups if there is a shared vision with where their business and your business is heading,” she said.

While Ms Enright and Mr Lord have since left MoneyBrilliant, she said there was never a push from AMP to “sell product”.

“In our context, it made sense for us to be acquired by AMP – we thought that they were going to be able to take that vision forward and connect it to other parts of the organisation,” she said.

“AMP have got a lot of value out of the relationship that they had with MoneyBrilliant … they were doing very good things in the innovation space and they were learning.”

An AMP spokesman said last week that the closure of New Ventures would have no impact on the way that the three businesses it had invested in would be run.

“We have a strong portfolio of existing investments and our current focus is on maximising the benefits from these,” the spokesman said.

Ms Enright, who has now founded business consultancy Next Milestone, said that Mr Soldan has remained as head of product at MoneyBrilliant and that the team that was there when she left, was still there.

“They are still very much on the journey … that’s when the dynamic works well, when the strategy is being driven by the leadership of the start-up. That was very much the case for us, we were much in the driver’s seat for where the business was going,” she said.

While AMP has been one of the first institutions to shutter its VC arm, other big names in financial services are maintaining their buoyancy when it comes to the start-up space.

According to figures from the Australian Private Equity and Venture Capital Association, Australian venture capital funds raised a record $568 million in FY2016 with investment jumping 50 per cent to $347 million.

Westpac Banking Corp seeded a VC fund Reinventure Group with a $50 million investment in 2014. While Westpac works with the start-ups Reinventure invests in, the fund is managed independently.

Ms Enright said that as an outside observer she was a big supporter of Westpac’s model.

“They are very much about partnerships, but Reinventure has its own mandate and Westpac is enabling them to do it very well,” she said.

National Australia Bank’s “innovation fund” NAB Ventures was set up in 2015 with a plan to invest $50 million in fintech start-ups. NAB takes a minority stake in start-ups, helping them to grow, while also adopting some of the ideas within the bank.

Managing director of NAB Ventures Todd Forest said the commitment to corporate VC funds must come from the board and the CEO.

“Understanding that there is going to be competitive pressures on business and you still have to invest thinking what is the long-term disruption, innovation plan,” he said.

“It’s very easy for a public company to fall into the quarterly earnings pressure, but you also have to have that long-term view where we have to invest in things today that is going to have an impact three, five, seven years down the path.”

So far NAB Ventures has made three investments. Only one into Data Republic, a start-up with a platform that allows companies and governments to exchange data in a secure environment has been announced.

Mr Forest agreed with Ms Enright, and said that both the start-up and the corporate need to be pushing towards the same goals and objectives to be successful.

“But if they are aligned, the strategic leverage and the ability to work together is more valuable than the capital itself,” he said.

“As a founder you have to really understand what is the set-up, what is the mandate of the VC and what are they trying to accomplish. While most start-up business needs capital, customers and getting to scale are actually the bigger drivers for what they need.”

Ms Enright said that the corporates that they will get the most out of their investments into start-ups or partnerships they forge are ones that have an agenda of wanting to look at ways of being more agile or learning more about customers and technology.

“I think if it’s about an organisation taking the start-up out of the market, they would be be missing out on that rich opportunity to learn quickly about the shifting needs of customers,” she said.

“Where there is a real genuine desire to learn and to partner to see where it goes and not necessarily focus on the return and ‘how quickly we can get it’ that is where the magic happens.”