How dotcom survivors built a $950 million startup in India 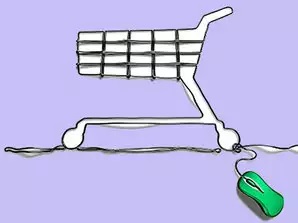 Tech startups are typically founded by young entrepreneurs with more passion than experience. This is as true in India as it is in Silicon Valley. Then there’s Bigbasket, whose founders are veterans of the dotcom bust and mostly north of 50. Drawing on their successes and failures, they’ve turned their six-year-old startup into India’s biggest e-grocer and are taking on a host of competitors, including Amazon and brick-and-mortar chains operated by the nation’s biggest conglomerates

In a country where groceries account for half of the almost $1 trillion retail market, Bigbasket is using knowledge learned the hard way during the dotcom era (don’t expand too quickly or use discounts to acquire shoppers) and latter-day innovation (putting vending machines inside apartment buildings; building a supply chain of competitively priced organic produce).

“We want customers to get hooked, and make our service harder to replicate,” says Hari Menon, 56, co-founder and chief executive officer. He, along with V.S. Sudhakar (58), Vipul Parekh (53), Abhinay Choudhari (47) and VS Ramesh (62), founded Bigbasket parent Supermarket Grocery Supplies Pvt, in December 2011 in a nondescript building in Bangalore’s humming Indiranagar neighborhood.

Bigbasket’s founders had their first brush with e-commerce back in 1999 when they started Fabmart.com to sell books, toys and groceries online. “Those were the dial-up days, there were no payment gateways, and the internet user base was more hype than reality,” recalls co-founder Sudhakar, standing in a Bigbasket warehouse where women shake soil from mounds of vegetables before packing them into ready-to-ship bundles. “Back then, it’d take 50 seconds for a page to download.”