How to Drive Growth — With or Without VC Funding 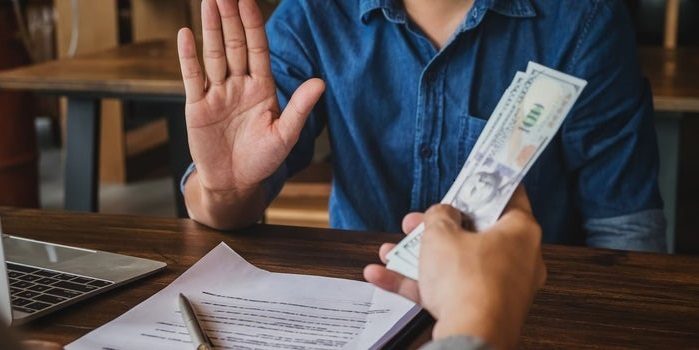 Is venture capital funding becoming obsolete? As The New York Times reports, some entrepreneurs are starting to reject offers of funding, suggesting that founders are trending away from the traditional VC model.

More than that, we’re seeing leaders in the startup space outwardly express the need to shift focus away from VC funding. Bryce Roberts, co-founder of O’Reilly AlphaTech Ventures, for example, suggests that startups reconsider VC funding or avoid it altogether, while MeUndies founder Jonathan Shokrian urges entrepreneurs to find alternate paths to success.

In my experience as a founder, CEO and investor, I’ve found that the path to success is the middle ground between depending on VC funding and rejecting it altogether. Venture capital is valuable to a fledgling company, but even well-funded startups fail without smart leaders to guide their growth.

But outside funding also means outside expectations. Those same checks that empower startups to scale often pressure them to do so at any cost. High-dollar investments in an immature company can tank operating discipline while founders chase top-line growth despite massive operating losses.

Before jumping at new funding opportunities, founders should step back and consider whether their companies genuinely need more funding or whether continued lean operations would be more effective for long-term growth.

Slow creep of VC dependence.
During my years on the entrepreneurial scene, I have learned to recognize the signs that a direct-to-consumer company is becoming overly dependent on VC funding. It happens in three phases of investment and growth, ending with untenable situations for both founders and investors.

The first phase — a new company acquires a bunch of cash, finds a good use for the money and starts to rapidly grow — is fun. We saw this eight years ago when companies like Birchbox and Warby Parker, among others, had tremendous early revenue growth and a singular focus on scaling channels at any cost. As channels grow, however, companies need even more money to sustain the momentum. Warby Parker, for example, needed to raise another $75 million last year despite its already impressive size.

As the market becomes saturated, we enter a second phase in which once-reliable channels become less capital-efficient. But companies have to keep feeding the machine, because their funding is based on the promise of continued revenue growth. That creates mounting pressure on businesses to scale at all costs. Add to that the difficulty of shifting from a focus on shareholder returns to one on profitability and long-term viability, and it’s clear why Birchbox needed to raise new money and wipe out existing investors last year.

In the final phase, companies are sitting on significant capital raises with no exit in sight. They’ve raised too much capital to slow down revenue growth in their current business model, but they can’t make the leap to acquisition because of inflated valuation expectations from the VCs funding them. Buyers look at the opportunity and pass because excessively pursuing funding has made the business unsustainable.

My VC firm used to prioritize the same things as everyone else, but over the years, I have discovered that lean operating proficiency predicts success better than any other trait. Companies that cannot thrive on a limited budget rarely thrive on a larger one. Efficiency, not comfort, predicts growth. To make the most of your capital, follow these essential tips:

Partner up to reach new audiences.
To grow an early-stage business, you need customers — not only active users, but paying loyalists — in order to survive without relying on VC funds.

Audiences don’t fall in love with unknown brands overnight, however. Marketing partnerships can help two brands with common ground grow large audiences on small budgets. Casper, for example, had already become a major brand by 2016, but when it partnered with West Elm, Casper got its products into stores, where consumers could try them in real life.

This kind of partnership marketing, in which one company partners with another to provide mutual benefits and exposure, helped Caspar tap into a large audience of potential buyers. West Elm moved on to Leesa Sleep a year later, but Casper leveraged the limited exposure to boost growth without big spend. It was a partnership that was helped by VC funding, but it allowed the company to build a viable business for the long term.

Companies relying on VC funding are often pressured to shift focus away from their niche and scale in a way that doesn’t make sense. To stay on course, think back to the problem the company originally set out to solve. MailChimp got off the ground when co-founder Ben Chestnut designed an email tool to streamline a tedious process at his old job. Unnecessary funding could have turned MailChimp into another failed marketing agency, but maintaining focus kept MailChimp at the top of its niche.

When you keep scaling as a peripheral goal, you can make building a loyal customer base the center of your strategy. When you build trust and engage customers consistently, you develop loyalists who boost the return on every marketing dollar –just a five percent increase in customer retention can boost profits by 25 percent to 95 percent.

At my company, we discovered that regular content creation provides a cost-effective way to develop affinity within an existing audience. We use news, knowledge and education pieces to build a relationship of trust before we ask for a purchase. Users also provide feedback through content channels, which helps us test new product ideas and take the pulse of our audience. This is only possible, however, if you keep a steady focus on your niche and resist outside pressure to scale too quickly.

Foster an efficiency-first culture.
To develop a sustainable business model that doesn’t rely on endless rounds of VC fundraising, make efficiency — and efficient growth — a priority. Hire people who share a vision for efficient growth while keeping a core operating team of leaders who encourage one another to keep the vision on track in the face of temptations to go off-course.

For efficient growth, identify and own repeatable processes instead of outsourcing important functions. Dating site Plenty of Fish could have joined the fray of the dating site boom and abandoned its core values anytime after its founding in 2003. However, by focusing on the fight against spam accounts, Plenty of Fish maintained a good reputation and sold for $575 million to Match Group in 2015.

Extra money always sounds nice — until it causes more problems than it solves. Focus on your core mission, build an audience and invest carefully in the development of the brand’s biggest fans. Investors will always want a piece, but founders who build their companies with limited help get to keep more of the rewards.