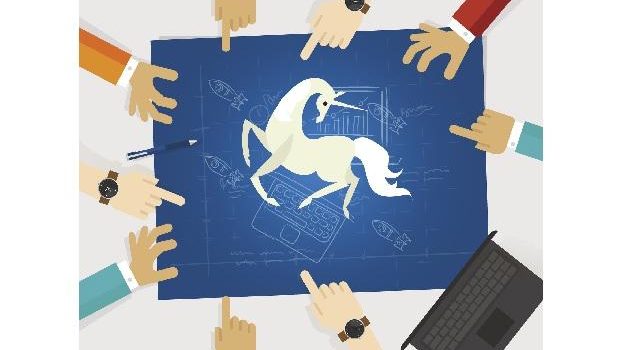 This year start-ups raised $14.5 billion in 1185 funding rounds out of which 459 were Series A and late-stage investments, according to the ‘India Tech Annual Factsheet – 2019’ compiled by data analytics firm Tracxn. This is a significant jump from $10.5 billion raised by young ventures in 2018 and $10.4 billion in 2017.

There are 24 ‘unicorns’ or startups valued at more than $1 billion (each) and 155 ‘soonicorns’ or firms which hold the potential to become unicorns in the near future in the country. Out of these 9 ‘unicorns’ and 60 ‘soonicorns’ were formed this year, according to Tracxn. The latest entrants into the unicorn club included Bengaluru-based online grocery retailer BigBasket, Gurugram-based logistics startup Delhivery and Delhi-based eye-wear firm Lenskart whose valuation recently crossed $1.5 billion with the SoftBank deal.

This year Masayoshi Son-led SoftBank made massive investments in the Indian startups. The biggest funding round was raised by Gurugram-based hospitality firm Oyo Rooms which received $1.5 billion in Series F financing led by investors such as SoftBank, Sequoia and Lightspeed Venture Partners. Across the city, SoftBank along with investors like Ant Financial and Discovery Capital also invested $1 billion in digital payments company Paytm. The Noida-based firm competes with Google Pay, Amazon Pay and Walmart-owned PhonePe to tap the booming digital payments market in the country.

Business to business e-commerce, logistics and mobility companies also attracted a lot of capital from investors. This year, Delhivery secured $413 million in a funding round led by SoftBank Vision Fund. SoftBank also pumped in $250 million in Ola Electric, the Bengaluru-based ride-hailing firm’s electric vehicle arm. The deal turned the company into a ‘unicorn’ almost overnight. Another Bengaluru-based firm Udaan, a business-to-business e-commerce platform raised $585 million in Series D financing round led by China’s Tencent, giving the firm a “post-money valuation in the range of $2.5 billion.

This year the fate of the e-pharmacy segment also hung in balance due to legal hurdles. However Mumbai-based online pharmacy startup PharmEasy secured $220 million in a fresh round of financing led by Singapore state investment firm Temasek.

In terms of the most popular business models, hotel aggregators formed the top market for investments this year, followed by e-commerce logistics, online horizontal B2B marketplace and cab-ride hailing space, according to Tracxn. After these sectors, online comparison platforms for insurance, electric vehicle charging network and ‘free float two-wheeler rentals’ were other top areas that received heavy investments.

The most active venture capital investors this year in terms of the highest number of investments included Sequoia Capital, Accel and Tiger Global Management. The players such as Steadview Capital, General Atlantic and FMO were among the top private equity firms.

Some cities tend to become a hub of startups. India is no different, with the majority of companies getting founded in a handful of cities. Delhi NCR, Bengaluru and Mumbai were ranked the top three cities in terms of the places where the most number of young ventures got formed. But Bengaluru firms claimed almost half of the total equity funding raised by startups in the country, followed by Delhi and Mumbai.

Also, the key acquisitions this year included the buyout of online travel company Yatra by US-based software firm Ebix for $337 million. This year online retail firm ShopClues was also purchased by Singapore-based e-commerce platform Qoo10 for about $100 million in an all-stock deal.

The outgoing year also saw few tech companies making their debut on the stock market. Among them was Noida-based online marketplace IndiaMART which had IPO market cap of $407 million and Gurugram-based mobile marketing platform Affle which had reached a market cap of $269 million, according to Tracxn.