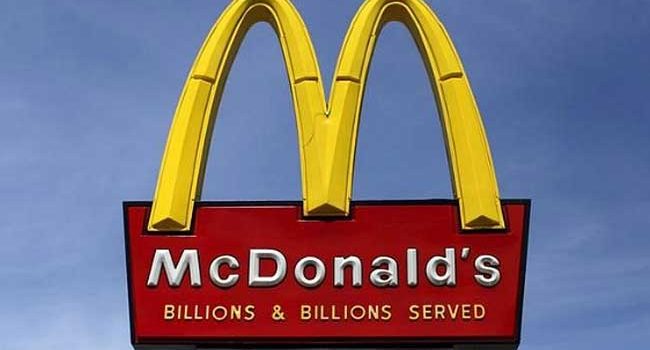 McDonald’s has terminated the franchise agreement underpinning its 169 restaurants in northern and eastern India, after nine years of conflict that have weighed on its efforts to expand in the country.

When the US burger chain entered India in 1996, it launched two joint ventures, including one with New Delhi property tycoon Vikram Bakshi, which was responsible for McDonald’s outlets from Punjab to Kolkata.

But McDonald’s has issued that joint venture, Connaught Plaza Restaurants, a notice of termination of agreement, giving it 15 days from August 21 to stop using McDonald’s branding and recipes.

The US group said that its action against Connaught Plaza had been forced after it “violated certain essential obligations in the franchise agreements”, including defaulting on royalty payments. It also noted the lapsing of licences for 43 restaurants in New Delhi, which have been closed since June.

Mr Bakshi said McDonald’s had known for years that royalties were going unpaid without raising any objection. He added that his company had been unable to pay them because of falling sales, as well as a demand by McDonald’s that Connaught Plaza repay its bank debts rather than rolling over loan facilities.

He said that he had refused to sign the 43 licences because of concerns over the quality of food supplies, which are managed by a separate team in Mumbai which also services Hardcastle. “I would be very careful about eating at one of my own restaurants,” he said.

McDonald’s said it would not comment on individual allegations from someone with whom it was engaged in a legal dispute.

The end to the tie-up throws into doubt McDonald’s presence in northern and eastern India, although it said that it was seeking a new partner.

Hardcastle Restaurants, a joint venture with Mumbai-based Westlife Development, controls 260 McDonald’s outlets in south and west India and is unaffected.

The fast-food group’s drastic action against Connaught Plaza follows a lengthy dispute with Mr Bakshi, which had shown no signs of resolution.

In 2008, McDonald’s had sought to buy out Mr Bakshi’s stake in the business, but he balked at its offer of $5m, demanding at least 20 times that sum.

Five years later, McDonald’s tried to force the matter by exercising a buyout clause while refusing to support Mr Bakshi’s re-election as managing director. After an extended legal battle, the National Companies Law Tribunal ruled last month that he should be allowed to resume that role.

Amid the power struggle, McDonald’s has failed to match rivals in a fast-food market that has grown to account for 16 per cent of the Rs3.1tn ($48bn) food-service sales in India, according to a report in 2016 by KPMG.

Euromonitor estimated last year that McDonald’s had 7 per cent of that market, less than half the share of Domino’s Pizza, which is now market leader. McDonald’s does not break out sales figures for the country.

Abneesh Roy, an analyst at Edelweiss Financial Services, said: “McDonald’s growth rate in India over the last three or four years has come down”, citing disappointing growth in urban incomes, as well as the rise of food delivery apps.

The US group has had a happier experience with Hardcastle, its other joint venture with Westlife.

Westlife, which runs restaurants in cities including Mumbai and Bangalore, made a net profit of Rs2.3m in the quarter to June, up from a loss of Rs21m a year before.

Shares in the company jumped 6 per cent on Tuesday, suggesting that investors saw an opportunity for it to benefit from the breakdown of McDonald’s other key Indian relationship.

“The issue with Connaught Plaza is just an issue with that one franchisee,” Mr Roy said.