MP govt needs to push reforms, simplify rules to cash in on investments 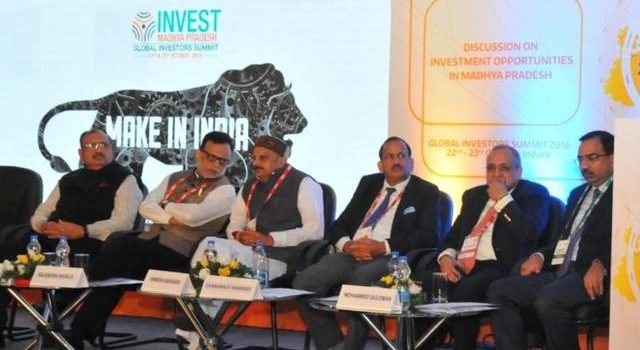 The Madhya Pradesh government needs to accelerate the pace of reforms and simplify rules and regulations if it wishes to cash in on investments committed during the 5th Global Investors Summit and make the state one of the fastest growing economic zones of the country, participants said.

Most of the delegates, including investors from abroad, said Madhya Pradesh could do wonders once the goods and services tax (GST) rolled out, given the state’s central location in the country, provided the government identifies and addresses concerns of investors.

Union finance minister Arun Jaitley on Saturday said that Madhya Pradesh could benefit a lot from the situation arising from the rollout of the GST, given the state’s strategic location.

Jaitley, during the inaugural session of the summit on Saturday, said, “Madhya Pradesh’s geographical advantage will make it a goods’ supply hub for domestic industry in all four directions.”

The state governments have been talking of converting Madhya Pradesh into a logistics hub of the country for the last two decades, but nothing concrete has, however, taken place in that direction until now.

Though the event was devoid of the glitter that Indore witnessed in 2014 during the 4th GIS when Prime Minister Narendra Modi attended, it offered a number of positive signs for the government to push its development agenda ahead, participants said.

GST can prove to be game changer for the state

The GST, which the BJP government in the state did not want to implement during the then UPA government, but it has now accepted it in the changed political situation, can prove to be game changer for the state provided the government takes forward its development agenda in the right direction, felt the investors.

Ashish Kumar of Delhi-based Eustan Ventures, said the atmosphere was positive at the macro level and the government really looked serious to attract investment.

“These are promotional activities when everything sounds good, but the real challenge lies in working at the ground level,” he said.

“In India, it will take a lot of time to get a refined system”, he added.

‘MP and South Korea have a number of similarities’

Kim Sung Jun, a participant from South Korea, said that Madhya Pradesh and South Korea had a number of similarities. Land was available easily and government officials were accessible, he said.

Jun, who represents a South Korean construction company that is engaged in a road construction from Sagar to Seoni, said there were too many regulations in Madhya Pradesh.

“Getting legal permissions from mining, forest departments or the state pollution control board is a difficult task.”

While chief minister Shivraj Singh Chouhan and senior official are willing to listen to their problems, local administration in districts rarely cooperate with them, he said.

An industrialist, who did not wish to be named, said the GIS was organised at a right time when the GST regime was about to begin. “ This will give Madhya Pradesh an edge over other states,” he said.

He, however, said a glut of summits being organized across the country was boring for industrialists who were persuaded to attend the same.

The government should focus on its strength and specific areas and organise summits based on specific subjects at regular intervals like food processing industries, automobile, logistics hub among others, he said. “This would serve the purpose.”