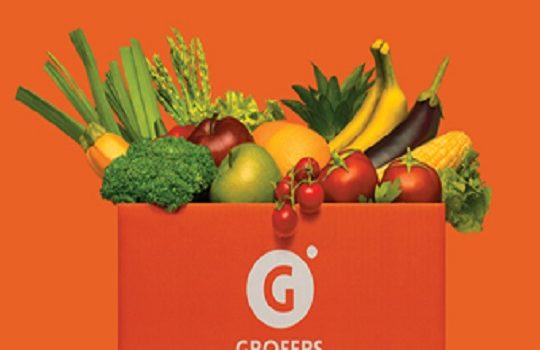 Grocery delivery firm Grofers has raised over $200 million in a fresh round of funding, led by the SoftBank Vision Fund, it said on Wednesday.

A new investor, KTB, and existing investors, Tiger Global Management and Sequoia Capital, were also part of the funding Round F, raising the stakes in the high competition grocery market.

The company, which has been able to hold its own against players, including Bigbasket and Amazon Now, said it would be using the latest round to expand into new markets, further building its supply chain, warehousing infrastructure, and private label products, which has been one of its big focus areas.

Last year in March, it had raised $62 million in a round that was also led by SoftBank Group. It had utilised the funds for doubling its warehousing space as well as fresh hiring and increasing the number of private labels. It had also told Business Standard earlier this year it was scrapping some of its offline expansion plans.

“Our private label business has been good, with 780 labels so far. We want to take it to 1,200 brands by next year,” Co-Founder and Chief Executive Albinder

While the company did not disclose its valuation after the latest round, Dhindsa said it was “not yet” a unicorn, or a start-up valued at over $1 billion.
Closest rival Bigbasket said earlier this month that its parent Supermarket Grocery raised $150 million in a funding round led by South Korea’s Mirae Asset-Naver Asia Growth Fund, UK’s CDC Group, and existing investor Alibaba, which pushed it into the unicorn club.

The e-grocery space went through a period of crisis beginning in 2015, with several e-grocery businesses, including Local Banya, PepperTap, AskMe Bazaar, shutting shop due to deep discounting and low margins.

Over the last two years, Grofers’ technology platform and focus on core markets has helped it grow 800 per cent to an annual revenue of $400 million.

With increased smartphone usage, the launch of more affordable 4G network data, and increasing consumer wealth are accelerating e-commerce adoption in the country.

According to a recent report on the sector by consultancy EY, e-commerce and consumer internet companies raised over $7 billion in private equity (PE) and venture capital (VC) in 2018.

“The PE/VC interest in hyperlocal delivery was revived with Google investment in Dunzo. Companies like Swiggy, Zomato, Grofers, Milkbasket, Dailyninja, etc were able to raise funds for expansion. Companies focused on improving unit economics by improving order densities, frequency of delivery to achieve operating efficiencies, and use technology to optimise operations and improve customer experience,” the report further said.