Rajasthan setting up largest startup incubation hub in the country 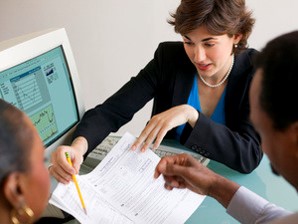 Move over Bengaluru and Pune. Udaipur in Rajasthan is aiming to set up the biggest startup hub in the country with a capacity to accommodate 700 newcomers.

The state plans to create a strong startup ecosystem, taking a leap to match the top tech cities in the country. The incubation centre, coming up in Udaipur, will give start-ups and entrepreneurs space, internet connections and other infrastructure facilities — all free. It will also throw in government funding.

“The incubation centre will not charge any kind of fee from start-ups as well as entrepreneurs and shall provide free facilities unlike T-Hub in Hyderabad which charges a fee for different facilities. It will be bigger than the biggest T-Hubs operational in India,” said Akhil Arora, Principal Secretary, IT and Communication Department of Rajasthan.

Arora said some of the best incubators were being invited for the hub and the management would be handled by professionals. Mentoring for start-ups would be provided by top corporates. “We will evaluate the performance of startups every three months to ensure that they do not turn complacent,” he said, adding that entrepreneurs can use the facilities for a maximum of two years.

An incubation centre in Jaipur is already running with 45 operating startups. The Udaipur one was recently inaugurated — to be operational from next month — and had already drawn “exciting response” from the startup community, he said.

“We want to spread wings across the state to provide equal opportunity to all. Incubation Centres would be set up in Kota and Jodhpur for which work had already started,” he said.

According to Arora, the startup ecosystem has the potential to germinate new ideas as this is being extended to even students coming out of college, who will be mentored. “We will help them to take their ideas forward, at a time when they lack sufficient capital structure,” he added.

To take care of funding needs, Bhamashah Technofund was introduced which provides seed capital without any collateral or without detailed evaluation. This was an investment decision taken by the government without expecting big returns, Arora said.

Under Technofund, seven start-ups, based on their Q-Ranking — which blends quality rating and curation — were funded. While six were given Rs 20 lakh each, the seventh one got Rs 15 lakh. The seven were chosen from over 700 applications.

Mudit Jain, founder of Qriyo, and one of the beneficiaries of the funding in Jaipur, said: “Rajasthan’s startup ecosystem is growing and we are receiving constant support from the government. For the first time, we have seen a government expediting the processes at a fast pace.”

Arora said that for the funding process they had roped in creditable agencies empanelled with the government. “When they grant funding, we match the funds up to Rs 25 lakh, sanctioning them in five days,” he said, adding that the government had earmarked Rs 500 crore to meet the funding requirement of startups.

Also, the government gives a grant of Rs 2 lakh to help them try out their ideas. For those looking for expansion, equity capital and interest-free loans are provided after proposals are evaluated by an external jury.

“We are confident that entrepreneurs and startups will get their best in Rajasthan as we provide quality lifestyle too, which is missing in Bengaluru, Pune and other similar cities due to modern-day challenges such as traffic and pollution,” Arora said.