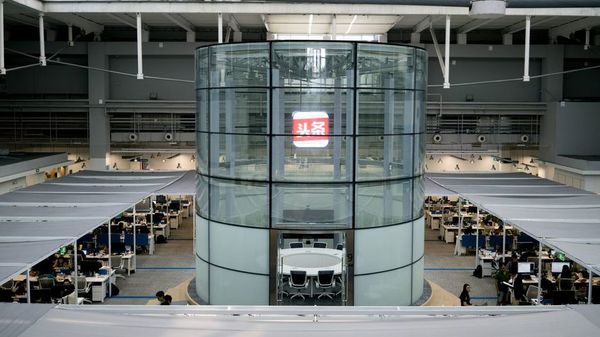 Bytedance Ltd, which owns the popular TikTok video-sharing app, will invest in Indian content startups to create a bouquet of apps to target new audiences, borrowing from its successful China playbook, two people familiar with the plans said.

ByteDance, the world’s most valuable startup, has set up a team to scout for companies in content, social commerce and education technology, they said, requesting anonymity.

The move comes at a time when several Chinese funds are turning their attention to startups in India, as its domestic consumer internet market slowly hits saturation. ByteDance invested $25 million in local language Indian news aggregator DailyHunt in 2016.

“They (ByteDance) have been toying with this for a while and have had a lot of people come from China to meet Indian startups,” said the first person. “It has an ecosystem in China, and they want to create something similar in India—an ecosystem of different content platforms.”

ByteDance did not respond to emailed queries till press time. However, according to professional networking site LinkedIn, a former Matrix Partners venture capitalist, Nikhil Singh, has joined ByteDance’s overseas investment team. His role is described as “executing the China playbook + looking at inorganic growth opportunities/investments in India”.

Founded in 2012, ByteDance entered India in September 2017 through its live-streaming app Vigo Video. However, last August, it took the Indian social media market by storm with the launch of TikTok. Around the same time, ByteDance launched local language social media app Helo, a ShareChat clone.

Industry experts said investing in other startups might give ByteDance access to exclusive content. “This strategy might help ByteDance build a long tail of content, which can lead to potentially higher retention in the longer term as users coming initially for fun videos/content can then get engaged with other content forms, which are more utilitarian in nature,” said Himanshu Gupta, a former WeChat India executive, who has an understanding of the Chinese ecosystem in India. “As far as social commerce is concerned, I think it’s the right way to monetize India-2, India-3 audiences since the yields on advertising for these users are likely to be very low and content-led commerce is a big opportunity.”

In China, ByteDance runs an ecosystem of at least 7-8 content apps.