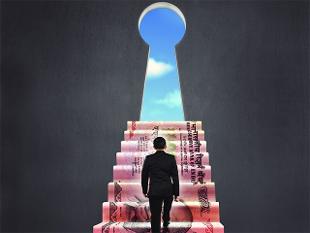 After a record 2016, India’s top venture debt investors are preparing to ramp up their pace of investments this year as venture capital investments slow down. The numbers say it all. Venture debt player InnoVen Capital India, which is backed by Singapore’s sovereign wealth fund Temasek, is aiming to conclude at least 50 deals to the tune of $75 million-$85 million (Rs 500 crore-Rs 565 crore) this year, up from 43 deals supported with Rs 400 crore of capital in 2016.

“The last calendar year was the best year ever for us with the total worth of transactions, including 26 new investments and follow-on rounds in existing portfolio companies, being in the tune of Rs 400 crore,” said Vinod Murali, managing director at InnoVen.

Trifecta, founded by former Canaan Partners managing partner Rahul Khanna, is looking to clinch at least 20 investments this year, as opposed to 17 over the past 15 months. Data from Mumbai-based IntelleGrow shows that it has grown by 75-80% in terms of from the assets under management this fiscal year.

The company, which has investments in startups including Sedemac, Milk Mantra, IdeaForge and NephroPlus, is on track to register more than Rs 350 crore in disbursements for the year ending in March, up from Rs 165 crore in 2015-16.

“As equity investments become dearer, the need for venture debt is largely being felt particularly for funding capital expenditure, financing working capital requirements, receivables, funding mergers and acquisitions or financing specific projects. Acquisition financing is an emerging area of opportunity with these firms,” said Khanna of Trifecta, which is looking to close up to eight new investments by March. “We are seeing a lot of inbound interest and we can potentially finance small to mid-sized acquisitions in the range of Rs 5 crore to Rs 50 crore for a deal,” he said.

Trifecta, which has a fund corpus of around Rs 400 crore and investments to the tune of Rs 220 crore, is eyeing series-A deals in the enterprise, internet of things, healthcare and specialised manufacturing sectors. Venture debt firms are also eyeing growth-stage deals in established internet companies such as OYO Rooms, Byju’s and Swiggy, as well as in niche online retailers that have raised equity funding but need more money for scaling up.

Ticket or investment sizes for venture debt is also expected to increase this year to Rs 25 crore-Rs 50 crore from Rs 15 crore to Rs 30 crore earlier, said Khanna. “There is a lot of interest from banks for participating in the earlystage ecosystem but there has been no easy of doing that since these investments are highly risky,” said Murali of InnoVen, who is presently working with four banks and intends to add to the list this year.