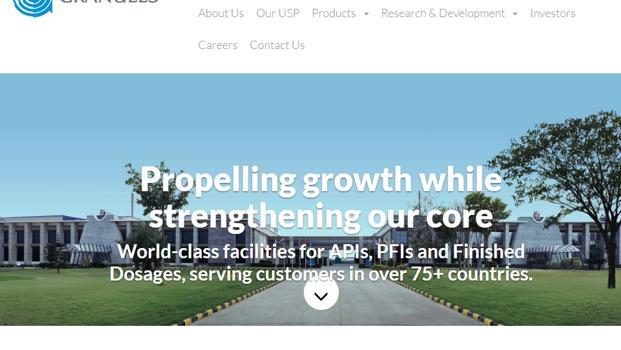 Granules India is building a bulk drug manufacturing facility in Vishakhapatnam, expanding its existing capacities and investing in research and development to make products with higher value addition. The total investment required is estimated at about $84 million, with debt of $68.5 million, including IFC’s contribution. The remaining will be met through equity and internal accruals, IFC said in a disclosure.

Granules is engaged in making bulk drugs, formulation intermediates and finished dosages of a variety of drugs. Apart from India, it sells its products in the US, Europe and Latin America.

It has factories near Hyderabad and Vishakhapatnam, along with an R&D and manufacturing facility in Virginia, US. Through its joint ventures, Granules also has one plant in China and another plant in Vishakhapatnam.

Subsequently in 2009, IFC provided a Cleaner Production Lending Facility (CPLF) loan and a debt investment in 2011 for its Granules India capacity expansion of its Gagillapur facility.

In the pharmaceutical sector, IFC has invested in Glenmark Pharmaceuticals, Jubilant Pharma and Vivimed Labs, among others.

IFC has an active direct private equity-style investment practice in India. It also lends to firms and has an active limited partner, or LP, portfolio in India where it backs PE and VC funds.

Most recently, it invested $125 million in Hero Future Energies, the renewable energy arm of the Hero Group, for an undisclosed equity stake. The World Bank arm also committed to invest $20 million in IDG Ventures India’s third country-focused fund which has a target corpus of $200 million.

In September last year, it announced to invest up to $40 million in Bengaluru-based microfinance firm Ujjivan Financial Services Ltd in the form of debt.