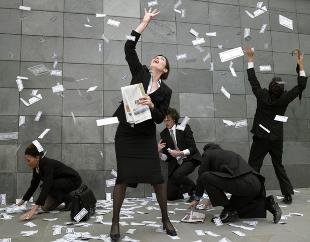 SAIF Partners has sold its entire remaining stake in MakeMyTrip, concluding a series of transactions that are estimated to have fetched it the largest cash exit in India’s venture capital industry. The investment firm has since October shed its balance 11% holding in India’s largest online travel agency as the Nasdaq-listed company’s stock price surged by over 50% following its merger with the Ibibo Group that month. SAIF Partners’s funds now hold zero shares in Makemytrip, according to the travel agency’s filings with the US Securities and Exchange Commission.

Overall, SAIF is estimated to have earned more than $400 million on its investments in the Gurugram-based company, reaping 16 times the money it put in, based on regulatory filings and assessments by two people familiar with the transactions. The venture capital firm had invested about $25 million in MakeMyTrip between 2005 and 2008 and owned about 41% stake in the company when it debuted on Nasdaq in 2010.

An investment exit as rewarding as this is a rare feat. Venture capital firms in India are finding it tough to generate cash from their investments as only a handful of portfolio companies have opted for initial public offerings of their shares, a highly preferred exit route for investors. While there have been a spate of acquisitions in recent years, most of these were structured as primarily stock deals.

The exit challenge for investors also comes at a time when the valuations of India’s largest internet companies face increasing pressure. Many venture capital firms were not able to cash in on the valuation boom of 2014 and 2015, when global late-stage investors rushed to the domestic market.

Makmeytrip was founded in 2000 by Deep Kalra and initially focused on non-residents Indians travelling to the country. It raised its first financing round from media conglomerate Newscorp-backed eVentures, which the promoters later bought back.

In 2005, the company began focusing on the domestic market, which was when SAIF invested $10 million in it. Makemytrip raised a total of about $40 million from other investors including Sierra Ventures, Helion Venture Partners and Tiger Global Management before its IPO in 2010