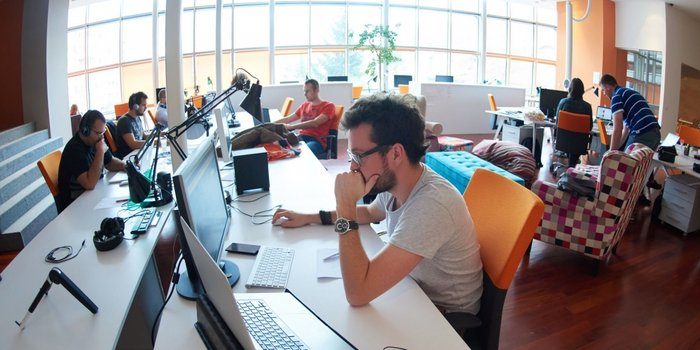 Smart today is undoubtedly the in-thing as far as simplifying things whilst making these more efficient is concerned. With next-gen startups having mushroomed across the world, answers to most of the plaguing issues have been easy to come by. Also, with venture capitalists, and angel investors having gotten very active in a bid to mentor the new age startups to develop smart models for society, it is only natural that major disruptions are ready to surface in the near future.

Today’s technologists (and their investors) believe that new-age recruitment (along with allied online services platforms) of worthy candidates is a fast-catching trend with an increased disruption potential.  “Very soon, digital recruitment will not be driven by bots, certainly not by today’s existing conventional job portals,” states a Bengaluru-based venture capitalist (VC) who until recently as associated with one of the leading venture capital firms.

In synchronization with the VC’s above observations, a multitude of others along with technologists believe that new-age digital recruitment is all set for new highs; via mapping the right ‘technical’ talent with recruiters possessing genuine requirements. These new ventures have also taken major strides as far as raising funds from VCs is concerned.

A major pain-point that smart models would solve in recruitment would be a mapping of the right talent with the right opportunities. This system works by harnessing Artificial Intelligence (AI), and Machine Learning (ML), along with a host of other technology.

Experts believe that, majorly, technically-sound recruitment models would eliminate errors that often lead to job seekers being bombarded with jobs that their skillsets aren’t fit for. Only merit and skills of the candidates are the criteria for new-age smart models that can also dig up a candidate’s professional network to identify the latest movements.

Technologists, along with investors estimate that the new age system would be a boon for finding candidates in the technology/programming domains, which through conventional means often leads to ‘incorrect’ candidates walking-in for interviews & screenings. Therefore, the societal impact of such a system would be immense and felt by future generations as well.

Consider this, HackerRank that lets businesses find software developers on the basis of the latter’s coding skills very recently raised Series C worth $30 million led by JMI Equity. As many as 12 investors have invested capital in HackerRank.

This statistic is a clear reflection of investors’ interest in pumping-in funds to further better digital recruitment. Therefore, in sync with VC trends in recruitment, check out below five startups that have been making headlines for all the right reasons:

Founded in 2014 in Bengaluru, Belong has raised $15million with its most recent being a Series B in 2017 that saw the early-stage startup raise $10million led by Sequoia Capital.

Belong states that its process is data-driven, and one of its co-founders also labels the service as a ‘Google for people’. For its operations, Belong uses Artificial Intelligence (AI) along with Machine Learning (ML) to filter out candidates’ profiles by tracking their social activity, and interests in order to connect them with the right job roles and companies thereby potentially eliminating discontentment in employees.

Also, with Data Analytics, Belong works on the dynamics of candidate-driven market thereby according priority to the niche skills rather than just the conventional candidate RESUME.

At this point in time, Belong has been backed by as many as 8 investors. The startup has also undergone its Series A in 2015.

Like Belong, HackerEarth is also based in the erstwhile garden city of India. The startup, founded in 2012 by Vivek Prakash and Sachin Gupta, is focussed on developing solutions to make technical recruitment a lot easier. HackerEarth has been grabbing eyeballs for its recruit offerings that are cloud-based and directly map the best programmers with the right employers.

This early stage startup raised more than $4 million in 2017 in a Series A led by DHI Group; which also offer hire insights to clients.  As of now, HackerEarth has managed to raise capital in excess of $5 million.

LetsIntern is an online platform that lets students and fresh graduates look out for and find internship opportunities from companies across the globe. LetsIntern was acquired, by Gurugram-based Aspiring Minds in 2015, for an undisclosed amount.

Originally LetsIntern was founded by Rishabh Gupta and Pranay Swarup in 2011 in New Delhi. Post acquisition, Aspiring Minds set up a $1million fund to mentor startups coming up with an innovative solution in the recruitment-employment domain.

GrownOut was acquired earlier in 2018 by PeopleStrong; another startup for an undisclosed sum, However, the venture has managed to retain its analytics-driven recruitment offerings.

GrownOut’s service works by obtaining video candidate profiles, along with a smart automated short-listing mechanism wherein a RESUME is screened completely before it is sent to recruiters. The startup also offers an employee referral interface, through a data-driven system thereby laying emphasis on faster talent sourcing and retention.

Before its acquisition by PeopleStrong, GrownOut raised in excess of $40,000; Matrix Partners also invested an undisclosed amount in a separate round.

Talview has so far raised undisclosed funding from 3 investors including the likes of VentureNursery, Microsoft’s Accelerator program, and US-based Mayfield Fund.