8 Ways to Power Your Bootstrapped Startup 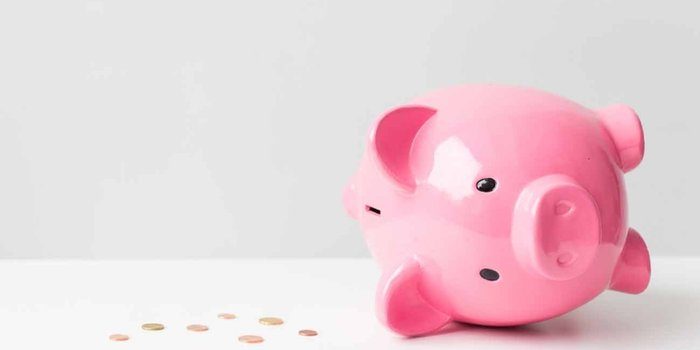 Bootstrapping is a necessity for some startups. In the absence of investors or capital, there is simply no other option. But for many, bootstrapping is their own decision. When you bootstrap, the focus is on ideas, innovation, and teamwork. Bootstrapping builds urgency; not only does the business go to the market rapidly, but the primary focus is also always on revenue. But if you think bootstrapped startups will run themselves, that won’t work.

To thrive, you need to survive first.

These simple strategies can help you to power your bootstrapped startup.

Know What Sells and How to Innovate

The idea was to sell the boxes during the US Presidential election. This move caught the eye of Y Combinator because it was an innovative idea. Today, Airbnb is a $25 billion behemoth.

Zappos is another big fish that started small. The founder went online and advertised shoes in a tie-up with store owners. Retail giant Zappos began by purchasing pairs from stores physically before delivering them to clients. Now, there’s simply no looking back for this online business.

Startups don’t just need to innovate; they also need to solve practical problems. Building a better product can often be enough. Reinventing the wheel is not necessary. Wind up creating real value by solving actual problems, just like Braintree Payments did. Transactions online have always had the problem of security. Braintree Payments excelled by building a better tech solution and survived in a competitive marketplace, all because of that.

Solving problems can often be all you need to thrive. YouTube star Michelle Phan launched Ipsy, a cosmetic subscription box startup without having the first-mover advantage (Birchbox had beat them to the idea). But because she bridged a substantial gap, the startup generated $150 million in revenue before raising VC funds to the tune of $100 million.

CopyBlogger’s Brian Clark built a loyal audience first and then created a software customized to their needs. He did not build software customers would not purchase. Listening to audiences could be the one thing one needs to make a viable bootstrapped business.

CopyBlogger generated 100,000 subscribers in a couple of years since its inception. When Brian launched SaaS Rainmaker and StudioPress, a majority of the sales was from CopyBlogger subscribers. This way, a bootstrapped startup set the foundation for an entire corporate ecosystem.

Cut down on your expenses, if you want your bootstrapped startup to thrive. The value of strong brands is worth it for customers. The brand makes you different. So, don’t miss out on investing in marketing. But do remember that cost-effective, unique value-for-money propositions are essential.

Mojang is a gaming company that never raised venture capital, employed 50 individuals, and earned billions in profits before being sold to Microsoft. BuzzFeed was another viral lab focused on tracking viral content. BuzzFeed now has 200+ million monthly unique visitors, seven billion content views per month, and a 75 per cent visit rate from social media platforms. The startup went from 100,000 users in 2015 to 250,000 users presently.

Automating workflow is the key to success. Building a pre-existing funding source for projects is mission-critical. MailChimp co-founder Brian Chestnut was running a consulting business when he needed email newsletters, which he did not have time to design. He decided to build a tool to automate this workflow, and MailChimp was born. This business currently has a $400 million run rate.

Teacher Lynda Weinman needed tools to instruct web designers in the 90s. She found bookstores did not offer anything worth it. She produced training films for educating students and formed her company, Lynda. Two decades were spent to build tech assets and content libraries before LinkedIn acquired the company for $1.5 million.

Shutterstock’s Jon Oringer was a software developer. He was also an amateur photographer. Jon used 30,000 photos from his library to start a service worth $2 billion presently. While bootstrapping a hardware business is considered next to impossible, SimpliSafe founder Chad Laurans did exactly that. He built the self install security business by soldiering prototypes himself to save cash right at the start. Within eight years, the company secured a $57 million funding deal from Sequoia.

SurveyMonkey may not have been an agile disruptor, but it survived the dot com crash because it was a strong brand. Proto Labs went into the dry field of plastic injection molding and spun a revolutionary idea to gain a net worth of $1.2 billion.

Cvent builds event management tools and is now worth $1.3 billion. This company entered a market that was not hip or hot. It succeeded because the focus was not on products that brands want to sell. Instead, it focused on acute problems customers faced. One of the largest bootstrapped software companies, Epic, started in 1979. Their focus area? It was none than electronic medical records. GitHub also bootstrapped operations successfully by focusing on unsexy, but super important areas like version control.

They became a critical part of the tech ecosystem as a result of this. Unity was the backbone of mobile gaming because it focused on dull, but profitable areas like cross-platform compatibility and bump mapping. Qualtrics administered surveys for schools and businesses from a Utah basement when it began, raking in $100 million a year in profits presently.

Building a startup without raising capital is hard. But it is not impossible. Consider how Australian IT firm, Atlassian bootstrapped to a $4 billion market cap. All without the help of a single Silicon Valley VC firm. Founding and scaling startups are independently done when you lack a funder. Sydney based Campaign Monitor did not access venture capital. So business was bootstrapped, and the unique technologies led to clients like Disney and Coca-Cola.

Bootstrapping involves listening to your partners, stakeholders, and customers. Keeping the ego (and VC firms) out of the equation and avoiding the trap of being a high-priced C-suite executive. Get to the front line and understand the perspective of workers in the trenches, if you want to win big. Understand how your business works. Leverage this knowledge to build a product that customers want.

Opportunities don’t come knocking? Then build your door (and bootstrap your startup). Avoid designing your business around VC firms, and you’ll taste success with these takeaways. Setting goals and achieving them is all about persistence. Leverage a growing customer base to land bigger fish. Don’t try building an expensive product, when an economy version will work as well. Making a minimum viable product can help in revving up go-to-market speed and powering your startup along the way.