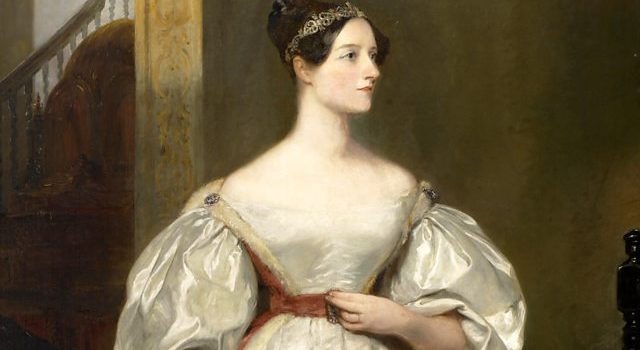 According to Atomico’s recent “State of European Tech, 2019” – widely considered by the European tech industry to be a reliable annual study – at present, 92 in every 100 dollars invested in Europe goes to all-male teams, 83% founders are white, 82% are university educated, in the UK, a quarter of investment committees saw no female founders in 2017 (British Business Bank) and 72% of VC funding is invested in London alone (London & Partners and Pitchbook, 2018).

As you can see, that is a massive problem for the future of diversity in the European tech industry.

At the same time, there are now multiple studies showing that not only is diversity a key component of success for any start-up, but that diverse founders are underrepresented, and yet afford a huge investment opportunity. If confirmation bias among people who all went to the same school and have the same background slowly kills new takes on innovation, where then will the new solutions to the world’s problems come from?

London-based Ada Ventures (named after Ada Lovelace, the first computer programmer) which launched quietly earlier this year, has now announced that it aims to address this problem with a new $34m (£27m) fund, designed as a “first-cheque” seed fund.

The firm says it’s “on a mission to make venture capital truly accessible to the best talent in the UK & Europe, regardless of race, gender or background.”

At TechCrunch Disrupt in Berlin today, founding partners Francesca Warner and Matt Penneycard will be discussing with me live on stage how they raised the fund and how they will put this into practice.

The background to the fund is interesting both in its aims and in the context of Brexit.

Many VC firms in the UK have been previously part-funded by the European Investment Fund.

Effectively, in this context, the UK’s ‘sovereign fund’ – the British Business Bank – will cornerstone the fund through its Enterprise Capital Funds (ECF) program, which supports new and emerging VC fund managers who target the early stage equity gap.

Other investors include global funds such as US-based Blue Sky Capital and Dubai-based Rasmala alongside individuals from across the global tech ecosystem, plus a roster of star-power in terms of European players.

So what’s the deal?

Well, as they put it, it’s the fund’s aim to have the most diverse pipeline, and portfolio, of any fund in Europe.

Ada says that they will look to invest a £500,000 first cheque – which comes post-initial product but pre-larger seed round – and reserve roughly half the fund for follow-on investments.

The aim is to make around 30 investments in companies targeting what they call “globally significant problems”, but here’s the rub: particularly for groups that are normally overlooked by VC. That includes ageing populations, women, and young people under 20. Key sectors they are after include healthcare, consumer and the future of work.

Another aspect of this launch is that the founding partners, Francesca Warner and Matt Penneycard have in fact worked around each other together for four years, at various places, including Downing Ventures, Seraphim Capital and Techstars.

And there’s a deep hinterland in this subject. Warner is the co-founder of non-profit Diversity VC, which was among one of the first initiatives in Europe to directly address the diversity gap between VC and normally overlooked founding teams.

Commenting on the launch, Warner said: “Having worked in Venture for the last four years, and through co-founding Diversity VC, I’ve seen how structurally narrowly-focused the industry is, investing in the same founders building products and services for the same customers. This is a huge missed opportunity. Ada Ventures is here to change that. We’ve redesigned our funnel of opportunities… Fundamentally, Ada Ventures is about true inclusion, and we will invest in anyone, no matter what they look like and where they come from.”

The investment strategy is reflected in the fact that Ada has invested in what it claims is the world’s first flushable sanitary pads.

Polipop co-founder and CEO Olivia Ahn said: “We approached many investors to support Polipop. As a FemTech company with a strong sustainability mission, we found investors were hesitant in an unfamiliar market. From the first meeting with Ada, it was clear that Check and Matt were different. They were not only fantastic advocates for the FemTech space but also for female and minority founders.”

Ken Cooper, managing director of Venture Solutions at the BBB said: “Ada Ventures is an important step in the right direction for the UK Venture Capital ecosystem, with a fund focused on democratizing VC investment regardless of gender, race, background, or location.”

Commenting on the launch of Ada’s first fund, Niklas Zennström, founder of Atomico, said: “Entrepreneurs are like athletes and artists; they are randomly distributed all over the world. Ada Ventures has an opportunity to be the fund in Europe for outlier talent, and we are delighted to support them.”

The execution of Ada will also call on a widely distributed network of people feeding the fund’s pipeline.

“Ada Scouts” will be a network of ‘scouts’ which has largely already been built, who will be bringing in opportunities in line with the firm’s investment strategy. They will, says Ada, be incentivized by a finder’s fee and, longer-term, aligned incentive to become investors themselves. Ada says it has in fact already agreed terms on two investments through this network.

Ada’s Scout network will not only reward scouts for surfacing deals, with both an immediate and longer-term incentive but will attempt to make its investments into investors, equipping them with capital, support and resources.

Ada launches with 45 scouts already in place, which includes the leaders of Hustle Crew, a for-profit working to make the tech industry more inclusive, Muslamic Makers, a community of Muslims in tech, Yena, the Young Entrepreneurs Networking Association, and YSYS a thriving community of entrepreneurs from a diverse range of backgrounds.

It’s a bold vision, but if Ada pulls it off, then it could be a game-changer in the European tech scene.