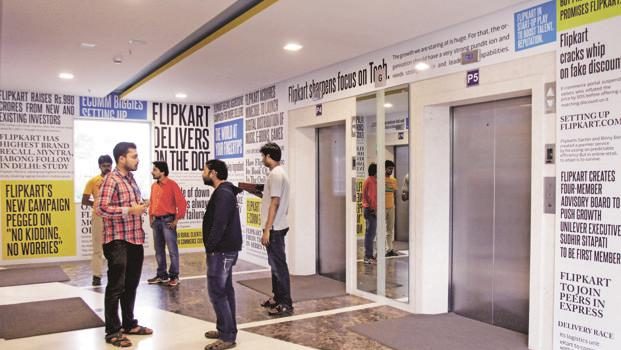 Bengaluru: Bengaluru has emerged as the prime destination for IoT (Internet of Things) start-ups to set up base, as it accounts for 52% of the total IoT start-ups in India, a study by management consulting firm Zinnov said.
Bengaluru is followed by Delhi NCR with 12%, Mumbai 11%, Hyderabad 4%, Chennai 2%, and others together accounting for 19%.
“A wide availability of talent, thriving ecosystem of investors, access to industry experts and the presence of start-up accelerators are contributing to Bangalore’s dominance,” Zinnov said in a release quoting from the study. The study on the IoT start-up ecosystem in India also reveals that over 120 IoT start-ups were set up in India in the last decade with more than 80% of them being established after 2010.
Cumulatively, these start-ups have received more than $169 million in funding since 2006, it said. While indicating that an increasing number of connected devices is expected to propel India’s IoT market, the study titled, “IoT Start-ups in India 2017” also states that the funding activity across use cases for such start-ups in India indicate a huge growth potential for them in the country.
“While the initial wave of growth for IoT start-ups in India was focused on consumer applications, the next wave will be geared towards Industrial IoT,” Zinnov Engagement Manager & Delivery Head (G.A.P) Anand Subramaniam said.

He further added “in addition, we will also witness a host of partnerships being crafted between GICs in India and the IoT start-ups in the near term.”
Giving specific details about the landscape, the study said that 67% of the IoT start-ups in India are in the infrastructure layer, which includes hardware components such as infrastructure sensors, embedded chips, MEMS, actuators, modules, SIM card and system design.
The applications layer accounts for 52% of the IoT Start ups in India, it said, stating that the IoT landscape in India is segmented across three categories based on use cases — Industrial IoT, Enterprise IoT, and Consumer IoT, Zinnov’s study said 47% of the IoT Startups in India fall under Consumer IoT with popular use cases being wearables, connected vehicles and connected appliances.
Enterprise IoT is a close second place, with 40% share, it said, adding that in terms of funding, MedTech, security & surveillance and retail sensing have the highest share in the Enterprise IoT segment.
Industrial IoT accounts for approximately 27% of the IoT start-ups and has received close to $65 million in funding from investors like Tiger Global Management, Blume Ventures and Qualcomm Ventures.