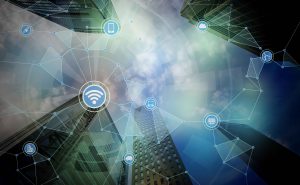 Blockchain IoT startup Filament has raised nearly $9.5m in new funding, according to a filing submitted to the SEC late last year.

The documents indicate that the Nevada-based company has raised $9,477,226 so far – a move that comes less than two years after finalizing a $5m Series A round with backing from groups like Bullpen Capital, Verizon Ventures and Samsung Ventures.

The filing further suggests that Filament is attempting to raise a larger amount, though the final fundraising target is not stated.

A different filing from January 2016 reveals that the startup had raised $775,000 at that time, suggesting that the bulk of the funds have been raised in the past 12 months.

When reached for comment, a representative of the firm said that the funding round is expected to be closed by the end of February, and that more details would be forthcoming.

Filament is one of a number of startups in the space aiming to apply cryptocurrencies and blockchain to the world of interconnected devices: the Internet of Things, or IoT.

As co-founder and CEO Allison Clift-Jennings told CoinDesk following the Series A round, the startup is looking to leverage the bitcoin blockchain as a way to create unique identifiers for specific devices.