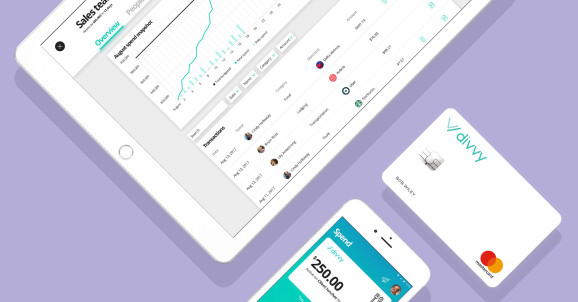 Divvy has raised $200 million in venture capital as the Utah-based fintech continues to grapple with its rapid growth rate.

Founded in 2016, Divvy’s automated expense reporting system went live in early 2018. From there, adoption has exploded and caused venture capitalists to swoon.

“This past year has been a bit of a rollercoaster,” said Divvy CEO and cofounder Blake Murray. “But our vision is still to really be the financial nervous system for every company.”

Divvy’s platform targets the significant amounts companies lose on antiquated expense reporting systems each year. A shocking number of companies are still using software developed in a pre-cloud era that leaves them susceptible to sloppy record keeping, cumbersome reconciliation at the end of each month, or fraud.

Divvy starts as a free service that gives employees a spending card and allows execs to approve expenses in real time. Spending can be monitored via a dashboard.

The platform makes it easy to approve regular payments for services or subscriptions, and to cancel them instantly when need be. Divvy also generates reports in case they’re needed for audits down the road.

Divvy partners with Wex Bank to issue Divvy-branded Mastercards and makes money by taking a cut of the interchange fee generated after a transaction.

The latest round was led by NEA, but also includes money from existing investors Pelion Venture group and Insight Venture Partners. The company has now raised a total of $245.5 million.

“It’s an understatement to say that we’re excited to support Divvy and their mission to modernize the way businesses handle their money,” said Scott Sandell, managing general partner of NEA, in a statement. “In only a year in a half Divvy has experienced growth to a degree that typically takes four to six years from our top-performing companies. They’re in a unique position in the fintech space — one where they’ll define their market and reshape the way businesses handle their finances.”

Murray said the new money will allow Divvy to continue product development while also pursuing new customers. He hinted that the company continues to also look for ways to expand on how it helps companies track spending, with announcements of new features likely later this year.