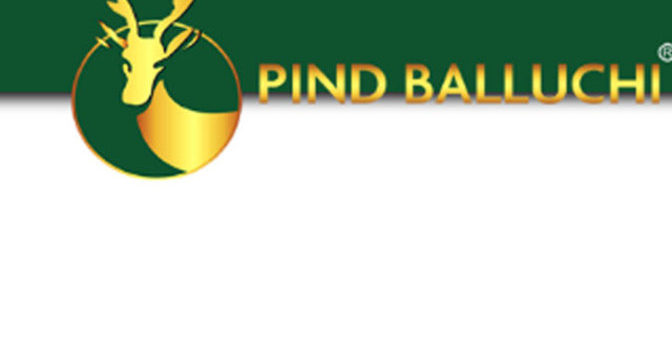 Home-grown private equity fund Everstone Capital is looking at selling its 45% stake in JS Hospitality, the company that runs Pind Balluchi chain of restaurants. The fund is expected to make 2-2.5 times its five yearold investment, said three people with direct knowledge of the deal.

“The initial work on the exit has just begun. The fund will reach out to prospective financial as well as strategic partners to sell stake,” said one of the persons with direct knowledge of the deal.

Under its flagship F&B investment vehicle, F&B Asia, Everstone Capital has been investing in the fast growing F&B sector. It owns Burger King India and Indonesia, Modern Foods that it acquired from FMCG major UnileverBSE -1.23 % India, Harry’s, the Disgruntled Chef, Pan India Food Solutions (also known as Blue Foods), Massive Restaurants, besides the franchise of Domino’s in Indonesia. Through its F&B vehicle, the fund has invested more than `1,300 crore in the sector so far. The company has already exited its investment from Sula Wines and Capital Foods, making 3.1x and 2.4x returns on the investment.

“Since the investment into JS Hospitality is almost five years old, the fund is now looking at cashing out. It is expected to make around 2-2.5 times returns on its investment in the company,” said another person with direct knowledge of the deal

An email query sent to JS Chadha and the spokesperson of Everstone Capital did not elicit any response.

The company has been looking at expanding at a faster pace across India and in some overseas locations such as the Middle East. “However, the expansion plans could not be implemented as envisaged. The company would now look at a bigger and deep pocketed investor to help it achieve its expansion strategy,” said another person with knowledge of the company’s plans.

Private equity investors have been bullish on the fragmented restaurant industry in India that has been growing at 20-30% compounded annually.

Some of the important deals in the segment include True North (formerly IVFA)’s $30 million in deGustibus Hospitality, the company that owns and operates restaurant brands such as Indigo, Indigo Deli, Neel, Tote on the Turf and Moveable Feast; Goldman Sachs’ $10 million investment in Azure Hospitality, which runs the Mamagoto chain of restaurants; Mayfield Capital has backed BTB Marketing, which runs The Beer Café chain of microbreweries. Matrix Partners-backed Moods Hospitality runs multiple formats such as The Wine Company, Yo! China and Dimsum Bros; PE-backed Massive Restaurants run by Zorawar Kalra has diversified into Farzi Café, Masala Bar and Made in Punjab after the runaway success of Masala Library. CX Partners has bankrolled Bengaluru-headquartered Barbeque Nation with a Rs 110 crore investment in 2013 while the year before that Aditya Birla PE put $10 million into AD Singh’s Olive Bar & Kitchen.

PE investors have pumped more than $700 million into quick service restaurants, fine and casual dining formats and pubs in the past four years, as per Grant Thornton India’s estimates. F&B sales are estimated to have grown 24% to Rs 3.8 lakh crore in sales in the year to March with about half of Indians’ total consumption expenditure going towards food, as per a report by Grant Thornton and the Federation of Indian Chambers of Commerce and Industry.

The fast-food segment, which has the largest market share at 45%, is projected to grow 16.6% annually, followed by casual dining, which has a market share of 32%, at 10.1%, according to the report.