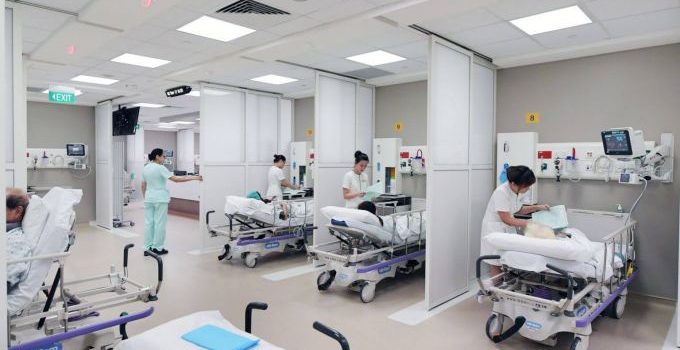 HEALTHTECH startups in Singapore attracted US$105 million across 21 deals in 2018, according to a report published by healthtech researcher Galen Growth Asia in collaboration with Singapore’s Economic Development Board.

Singapore’s deal value made up 24 per cent of total deal value in Asia excluding China and India. China took home the crown for having attracted the most funding, amounting to US$5.59 billion. Overall, investment value in the Asia-Pacific totalled US$6.3 billion across 294 deals.

In a sign of Singapore’s healthtech ecosystem maturing, venture funding now spans from the seed stage to the Series B stage. In 2018, 85 per cent of healthtech startups’ most recent funding round was at the early and pre-Series A stages, 10 per cent were Series A, 3 per cent were Series B, while 2 per cent comprised exits. In comparison, 96 per cent of startups in 2012 had most recently closed early stage rounds, while only 4 per cent had most recently closed funding at Series A.

The Galen report showed that there were 174 healthtech startups in 2018, up from 45 in 2012. From 2015 to 2018, the number of startups grew at a pace of 23 per cent each year and spanned categories such as medical diagnostics, health management, remote monitoring and wellness.

Prominent startups include Biofourmis, which clinched US$35 million in a Series B round led by Sequoia India and MassMutual Ventures SEA. The startup uses a combination of an artificial intelligence- powered platform, a patient mobile application and wearable biosensors to manage chronic health conditions.

According to the report, 58 investors pumped money into Singapore-based healthtech startups in 2018. Out of the mix, 34 of them were venture capital firms, 12 were corporates or corporate venture capital funds, and the rest were made up of family offices, angel investors, startups and others.

Noteworthy Singapore-based investors were SGInnovate, with four investments, and Heritas Venture Fund, Venturecraft and Wavemaker Partners, with two investments each.

The demand for cost-effective solutions for consumers and health systems is driving the growth of an emergent healthtech industry in South-east Asia, said Galen. According to the World Health Organization, public healthcare expenditure in Singapore, Malaysia, Indonesia, Thailand, Vietnam and the Philippines is around US$420 billion today and projected to grow to US$740 billion by 2025.

Corporates take a number of approaches to healthcare innovation, said Galen. Some have in-house research and development teams, while others have open innovation or corporate investment teams. Open innovation teams are tasked with scouting for partners to test and pilot solutions in various markets.