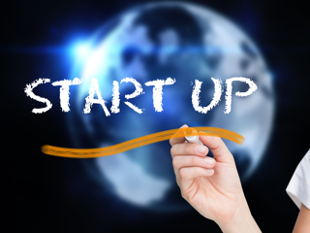 India enlarged the definition of what constitutes a startup to a venture that’s as much as seven years old from five now, relaxed the norms for tax benefits and included employment generation potential to give a big push to job creation and entrepreneurship.

“These changes are an effort to ensure ease of starting up new businesses to promote the startup ecosystem and build a nation of job creators instead of job seekers,” a the Department of Industrial Policy and Promotion (DIPP) said in a release late Thursday.

The Startup India initiative launched in January 2016 by Prime Minister Narendra Modi offered incentives to such ventures to encourage entrepreneurship and innovation.

While the overall age limit has been raised for all startups by two years to seven years, it has been increased to 10 for biotechnology firms from the date of incorporation.

That’s to account for the longer gestation period for companies in the sector. The government has also eased norms for getting income tax benefits available under the Startup India programme.

The new definition will allow more startups to avail tax benefits announced in the action plan last year. Startups won’t have to furnish a letter of recommendation from an incubator or industry association to be eligible for the tax benefits and recognition under Startup India, according to an official statement.

Companies incorporated after March 31, 2016, could avail of a three-year tax holiday in the first seven years of their existence as part of the incentives announced for the upcoming firms. The definition’s scope has been broadened to include scalability of business models with the potential of employment generation or wealth creation.

One of the main thrusts of the Startup India programme was to create employment opportunities for the country’s youth, but that hadn’t been included in the definition at the time.

The Startup India initiative has not taken off as envisaged with only 10 firms succeeding in getting tax benefits after going through the process. The government had received representations from the industry seeking changes to the definition of a startup and easier norms for tax benefits to make the process simpler. The government itself undertook a detailed review after that to make the norms entrepreneurship friendly.

DIPP has recognised 798 applicants as startups but not given them the tax benefit.