Ratan Tata says he will be back to Investing in Startups 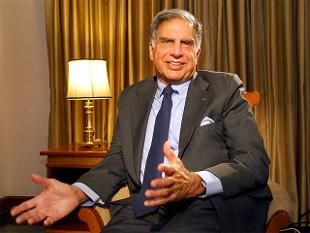 Ratan Tata on Tuesday said he will be back with a vigour to interact with entrepreneurs and invest in startups, stating that the last few months had “forcibly” taken him back to the corporate world, referring to the bitter episode within his group of companies following the ouster of Cyrus Mistry.

Tata, who has invested in dozens of startups, including cab hailing major Ola and online marketplace Snapdeal, did not make any fresh investments in the last few months, but said he “will be back” by the end of this month. Tata, who has made over 30 investments, said investing in startups and interacting with the community was the next page in his life post retirement, before he had to step up again as interim chairman for the Tata group.

“When I retired in 2012, I hit upon investing and interacting with startups as a new page in my life. I left the big business, crores of rupees and large challenges behind. I became so excited by the innovation, passion (in startups). It stimulated me,” Tata reminisced in conversation with Kalaari Capital’s cofounder Vani Kola. Tata is an advisor to Kalaari.

“The last five months have put me forcibly in the older mould. I long to be back in the startup community with a vigour. As of 23 February I’m back,” said Tata, referring to him handing over the reigns to N Chandrasekaran after serving as an interim chairman during the internal crisis.

Tata also touched upon the topic of protectionism which has divided the startup community, after founders of both Ola and Flipkart called for a level-playing field against overseas rivals Uber and Amazon, respectively.

“Unfair competition by some corporations need to be controlled. The regulators need to focus on areas where there is unfair competition which is being done to kill newer startups, but should also ensure that there is a playing field where everyone has their chance. Someone like me would look for an open environment, and not be concerned about blocking,” Tata said in response to a question by Kola on the issue.

He also briefly highlighted the new challenges for the broader corporate and technology outsourcing market, especially in the Trump era. “The challenges in the last few months have been changing. Mr Trump has given new challenges. I am sure we can reinvent ourselves to meet those challenges,” Tata said. The 79-year-old businessman seemed to stick to his word immediately after the event, as he got into a meeting room where he met entrepreneurs and Kstart (Kalaari’s seed fund initiative) members for the next few hours.

Among those who met him were Ravi Gururaj, who heads Nasscom’s Product Council and also has his own startup Qikpod. One of Kalaari’s portfolio startups such as fashion portal StalkBuyLove. The retail check-out payment solution provider Perpule , a Kstart’s portfolio company, are among those who got to interact with Tata.