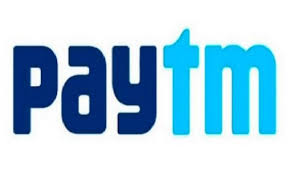 The financial services arm of Reliance Group had invested Rs 10 crore for this stake in Paytm.

The deal gives a valuation of over $4 billion to Paytm, which is already backed by Alibaba group as a strategic investor.

Sources said that Reliance Capital has retained a stake in Paytm e-Commerce, which it had got free of cost by virtue of the investment in the parent firm. In the latest fund-raising round, Paytm e-Commerce was valued at $1 billion.

A Reliance Capital spokesperson declined to comment on the deal while Paytm spokesperson also did not comment.

Earlier, Reliance Capital had said it would trim its proprietary investment portfolio as part of its plans to monetise non-core assets.

In December last year, Paytm founder and CEO Vijay Shekhar Sharma had sold 1% of his holding in One97 Communications, the parent firm of the digital payments firm, to raise about Rs 325 crore.

This money was to be pumped into the group’s payments bank operations, which are slated to commence soon.