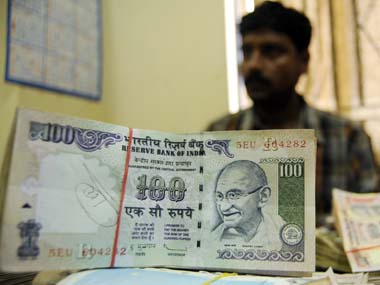 Finance Minister Arun Jaitley moved an “unprecedented” 40 amendments to his seven-week old Finance Bill 2017, which were strongly opposed by opposition parties led by the RSP, the TMC and the BJD, which felt the government was tagging along non-tax bills in the legislation to make them Money Bills, obviating the need for a nod from the Rajya Sabha where it does not have a majority yet.

The Opposition termed the introduction of amendments to Acts governing sectoral tribunals like those of Railway Claims, Highway and Cinematograph as “back-door” legislating and taking away right of Parliament to frame laws.

Jaitley justified the move, saying the amendments were all “incidental provisions” to the Finance Bill and relate to Budget announcements like combining some tribunals and creating uniform service conditions.

Among the most important amendments was one relating to his 1 February proposal to limit cash transaction to Rs 3 lakh. This cap is now proposed to be lowered to Rs 2 lakh, at par with the current requirement of quoting permanent account number (PAN) for cash spendings.

“The penalty for violating this is a fine equivalent to the amount of transaction,” Revenue Secretary Hasmukh Adhia tweeted.

The fine will be payable by person or establishment receiving cash.

Another amendment made proposes to make Aadhaar number a must while applying for PAN as well as filing of income tax returns from 1 July.

The amendment provides that a person holding PAN as on 1 July, 2017, has to intimate his Aadhaar number to authority in a manner which will be notified by the government.

“Provided that in case of failure to intimate the Aadhaar number, the permanent account number alloted to the person shall be deemed to be invalid…,” the amendments said.

An amendment to the Companies Act of 2013 made donations by companies to electoral trusts only through account payee cheque, bank draft or electronic transfer.

This amendment also tweaked the language to provide for every company disclosing in its profit and loss account the total amount contributed to such trusts.

The move is in sync with Jaitley’s Budget proposal of introducing bearer electoral bonds, which could be purchased by a donor using cheques from a scheduled bank and encashed only through a notified bank account of a political party within the limited duration such instrument.

These moves together are aimed at “cleansing political money”, he said.

“So, incidental provisions can be made. That is why, keeping in view that rule 219 does not specifically bar inclusion of non-taxation proposals in a Finance Bill, I rule out the Point of Order,” she said while rejecting objection moved by N K Premachandran (RSP), which were supported by the TMC and the BJD.

Earlier, Jaitley quoted first Lok Sabha Speaker G V Mavalankar to state that Article 110 of the Constitution pertaining to Money Bills does not limit itself to provisions strictly pertaining to tax but encompasses incidental provisions.

He said the amendment to several tribunals is being made to provide for uniform service conditions to its member judges. “So, all that is being done – 40 may sound very large – is there is only one amendment which says there will be uniformity in service conditions and the pay structure of all those retired judges who are being appointed in all these tribunals,” he said, adding that this constitutes Money Bill as it directly relates to government expenditure.

On electoral bonds, he said a lot of electoral funding to political parties across the spectrum came by way of undisclosed money.

“Therefore, in the Budget announcement, we came out with a proposal that there will be an income tax incentive involved in four different ways. One is that monies are paid by cheque. The maximum cash donation which earlier was allowed up to Rs 20,000 will now be allowed up to Rs 2,000 as the Election Commission has recommended.

“Third, there is a mass collection through the digital media and fourth, that there will be electoral bonds issued in accordance with the scheme under the Income Tax Act,” he said, adding that an amendment to the Representation of the People Act was an “off-shoot” incidental provision as RBI will authorise a particular bank to issue the electoral bonds. “So, these are all incidental announcements to that entire scheme which has been made under the Income Tax Act itself,” Jaitley said.

He said if a substantial portion of a Bill deals with imposition or abolition of tax, then even if it has other incidental provisions, it still can be introduced as a Money Bill.

“Then how that 5 percent tax is to be achieved; what are the deductions to be allowed; who is the assessing officer; how they are to be appointed; what is the appeal provision; how much deposits have to be made; these are all incidental provisions. The fact is that these incidental provisions do not render a Bill to be a non-money Bill,” Jaitley added.