Sanjiv Bajaj is 2017’s EY Entrepreneur of the Year 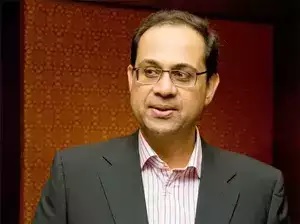 The consulting firm also named nine other category winners for the Entrepreneur of the Year Program. E Sreedharan, widely acknowledged for his invaluable contributions transforming public transport in India, was honoured with the Lifetime Achievement Award. He was instrumental in the planning and executing the Kolkata Metro, Delhi Metro, Kochi Metro and Lucknow Metro.