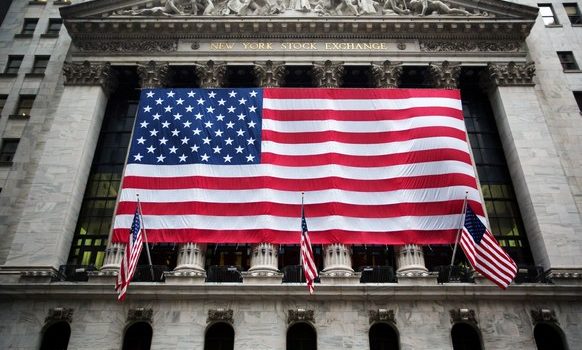 THE INTERNET LOVES a good outrage, even over something as mundane as taxes. Over the weekend, venture capitalists and entrepreneurs fumed at a provision in the Senate Republicans’ proposed Tax Cuts and Jobs Act that would affect how stock options are taxed. The change threatens to upend the way startups pay their employees, which has historically been a key advantage they have over their big tech competitors.

Outrage roiled online: “Universally bad,” wrote Eric Reis, the father of the “lean startup” movement, wrote on Twitter. “I haven’t found anyone inside or outside of startupland that thinks this is a good idea,” wrote Bob Reisenweber, CEO of mobile agency 4045 Media. “It is so ridiculous,” wrote Erik Norlander, a partner at GV, the venture capital arm of Alphabet. “Universally terribly absolutely positively bad,” wrote JR Sims, a chapter director of startup community Startup Grind. “No reason you’d ever want to do this except to offset some handout. It’s bad for innovation,” wrote Parker Thompson, a partner at investment platform AngelList.

The proposal would require employees to pay taxes on stock-based compensation as it vests, or once employees earn the right to exercise the options. Under current law, employees only pay taxes on options when they are exercised. This is a problem for startup employees, because the stock may be worth a lot on paper when it vests—even though employees usually can’t sell those shares until the company goes public or gets acquired. In the meantime, the shares could become worthless. That’s the gamble of a high-growth startup. When it succeeds, employees are handsomely rewarded for their risk. But the majority of startups fail, leaving shareholders—and option holders—with nothing. Under the proposed changes, employees would have to pay taxes on that illiquid, potentially worthless, paper value.

“You can’t spend it, you can’t save it, you can’t invest it. Because you don’t have it yet,” wrote Fred Wilson, a prominent venture investor at Union Square Partners. “Taxing equity compensation upon vesting makes no sense.”

The proposed tax law would apply to all employers, but the problem is especially acute for startups because they are in competition for talent with larger tech companies sitting on massive cash reserves. Startup equity, and its promise of outsized riches, is their best bet at luring workers away from the cushy perks and high salaries of Facebook, Apple and Alphabet. “GOOG, FB, AAPL, AMZN should secretly support it since it kneecaps potential upstarts,” wrote Nick Walker, an investment analyst, on Twitter.

A Nothingburger?
Why is such a universally disliked provision in the bill? Some have speculated it’s a way for lawmakers to punish the tech world, but Justin Field, VP of government affairs with National Venture Capital Association, says the answer is much less sinister: Lawmakers saw a way to generate revenue. The Senate has estimated the change will generate $13.4 billion in tax revenue over the next 10 years, helping to offset the costs of tax cuts. “It’s a simple matter of not understanding the consequences. It’s a pure oversight that they didn’t realize the impact this would have on entrepreneurship,” he says.

Field notes that House Ways and Means Committee Chairman Kevin Brady dropped a similar provision in the House version of the tax-cut bill last week, which Fields says is a sign that lawmakers are willing to make changes to protect and foster entrepreneurship. Fields hopes a similar amendment will be added to the Senate’s version this week. “NVCA has been having a number of conversations on the issue and we are hopeful our message is being heard,” he says.