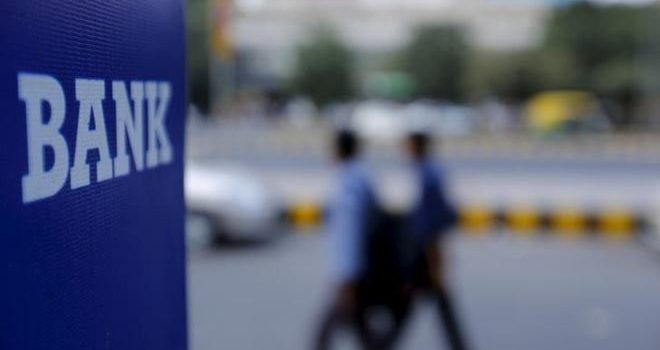 Twenty-one banks, majority owned by New Delhi, account for more than two-thirds of the banking assets in Asia’s third-biggest economy. These lenders also account for close to 90 percent of soured loans in the banking sector.

A massive $32 billion bailout package for India’s dominant state-run banks will not happen again and lenders will have to find their own funding by selling non-core assets and merging with each other, a senior government official said on Monday. Twenty-one banks, majority owned by New Delhi, account for more than two-thirds of the banking assets in Asia’s third-biggest economy. These lenders also account for close to 90 percent of soured loans in the banking sector. Last October, the finance ministry announced a state-bank rescue plan worth 2.11 trillion rupees ($32.41 billion) – $14 billion of which it is in the process of injecting as a first tranche – to help banks set aside enough for their bad loans and boost credit growth in an economy where banks are the main source of funding. “My message is no more recapitalisation. Whatever has happened, has happened. Clean up on your own,” the official who oversees the state banking sector told Reuters. “We brought you out of the intensive care unit (ICU). Now, if you again go back to the ICU, and we keep bringing you out, that’s not how it’s done,” said the official, declining to be named.

The Indian government would like to get the total number of state-run banks to down to 12-13 from 21 now through mergers, the official said. He did not give a time-frame for such deals, but expected some bank mergers to happen during the current financial year that began on Sunday. “You either shrink or find some synergy,” the official said. Recent rule changes by the Reserve Bank of India that did away with existing loan-restructuring schemes and aims to steer more defaulting companies into the bankruptcy courts could mean non-performing loans in state-run banks could rise from nearly 8 trillion rupees now, the official said, although he added 10 trillion rupees would be the upper limit for any such increase.

Including restructured or rolled over loans, all banks in India had a total 9.5 trillion rupees of soured loans as of end-December, central bank data shows. State-run banks’ stressed loan pile was 8.26 trillion rupees, or 15.8 percent of their total loans. To avert situations like the massive $2 billion fraud in state-run Punjab National Bank that stunned the financial sector, the government is asking banks to constantly monitor loans above 2.5 billion rupees and report at their board meetings every quarter, the official said.

The government is also working to ease the country’s fledgling bankruptcy laws to help speed up the resolution process, the official said. One of the proposals is to allow a resolution process to go ahead if 66 percent of the creditors vote for it, compared with the current requirement of a minimum of 75 percent. “We are facing some resistance here from the promoters,” the official said, referring to the main backers of companies. “But we are planning to ease the process with more changes.”