Snapdeal misses out on funding as SoftBank feuds with Kalaari, Nexus 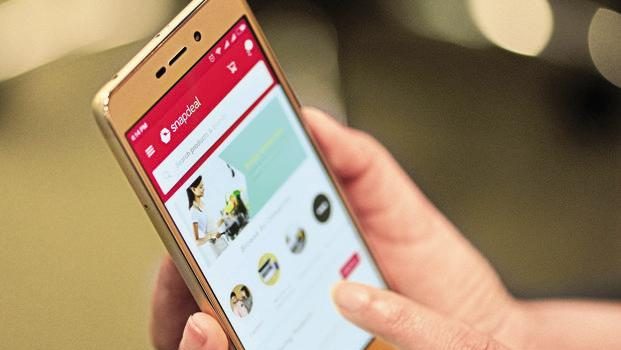 Bengaluru/New Delhi: A rift between investors on the board of directors of online marketplace Snapdeal has led to the company missing out on at least two desperately needed funding offers over the past six months, said three people familiar with the matter.

The clash is between early and powerful Snapdeal investors Kalaari Capital and Nexus Venture Partners on one side, and SoftBank Group Corp., the company’s largest shareholder, on the other, the people cited above said. At the heart of the matter is Snapdeal’s valuation in a potential funding round, the people said on condition of anonymity.

The boardroom battle has contributed to the crisis at Snapdeal (Jasper Infotech Pvt. Ltd), depriving the company of much-needed cash. Since January, Snapdeal has cut hundreds of jobs, slashed spending on discounts and marketing and seen a sharp drop in monthly sales.

The differences between the board members may also complicate a potential sale of Snapdeal. SoftBank has initiated talks with Paytm and Flipkart to sell Snapdeal, Mint reported on 22 March. SoftBank may also put up as much as $50 million in cash to tide Snapdeal over until a merger materializes, Mint reported then. For such a round to happen, Snapdeal’s other board members may need to be bought out or be convinced to take a large haircut on their investments.

Over the past six months, SoftBank has offered to invest at least once in both Snapdeal and its payments unit Freecharge. The proposed deal would have lowered Snapdeal’s valuation (including Freecharge) to less than half the $6.5 billion it fetched in its last funding round in February 2016, the people cited above said. But the deal was rejected by Kalaari and Nexus as the valuation drop would have led to a significant increase in SoftBank’s stake and a corresponding slide in their ownership, the people said.

When SoftBank offered the cut-price deal, Kalaari and Nexus asked the Japanese investor to buy at least part of their shares in the company, the people cited above said.

SoftBank, which has already pumped roughly $900 million into Snapdeal, refused, favouring a direct infusion into the company, the people said.

For Kalaari and Nexus, a lot rides on Snapdeal. It is their biggest bet and generating a lucrative exit from the online marketplace could be crucial for the success of the two Indian venture capital firms. That’s why a fall in their Snapdeal stakes could be damaging.

SoftBank owns 33% in Snapdeal, while Nexus owns roughly 10% and Kalaari nearly 8%, according to documents with the Registrar of Companies. Chief executive officer Kunal Bahl and chief operating officer Rohit Bansal, who are also co-founders, together own less than 6.5% of the company after cashing out part of their stakes.

Despite their low stakes compared with SoftBank, Kalaari and Nexus, two of the earliest institutional backers of Snapdeal, still enjoy strong shareholder rights and have veto powers on board matters. However, they would lose many of their rights if their ownership in the company falls below 4.75%, according to Snapdeal’s articles of association, which define the terms of governance and management.

Apart from the proposed deal with SoftBank, another funding offer, though at an early stage, was made to Snapdeal in the second half of last year by eBay Inc., a minority investor in Snapdeal. eBay had offered to sell its Indian unit to Snapdeal, the three people cited above said. eBay also offered to put cash into Snapdeal but the company’s board including SoftBank rejected the deal because of differences over valuation, the people said.

Snapdeal, SoftBank and Nexus did not respond to emails seeking comment.

“All funding offers are duly reviewed by the entire board in guiding the company. Kalaari has been a Series A investor in Snapdeal and has stood by the founders through the ups and downs of building the business,” Vani Kola, managing director of Kalaari Capital, said in an emailed response.