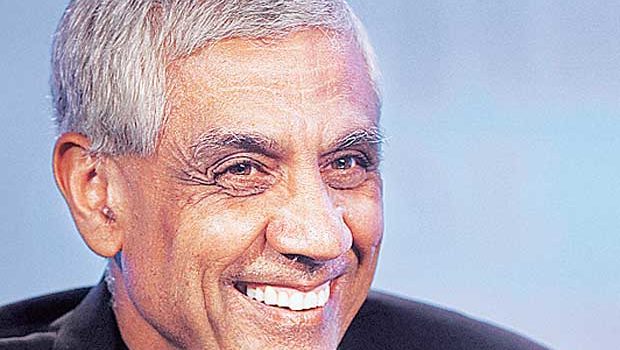 Billionaire venture capitalist Vinod Khosla is betting big to invest in startups in the next 10 years that are bringing radical innovation using technology in areas such as transportation, housing and construction, and food and healthcare.

Khosla, whose venture capital firm Khosla Ventures, invests in experimental technologies such as robotics and biomedicine, is of the view that technologies such as artificial intelligence (AI) and 3D printing are now becoming the new platforms and offer huge opportunities to create an impact on the society.

“One of my favourite startups right now is trying to do is 3D print houses at a much lower cost and in 24 hours. But more importantly, its environmental footprint is much better,” Khosla told co-panellists Infosys co-founder Nandan Nilekani and technology think-tank iSpirt founder Sharad Sharma during a fireside chat at an event in Bengaluru.

Looking back at 40 years, Khosla says that he has not been able to find any major innovations that have come from large companies and they are mainly being created by the startup firms.

“I can tell you that in most cases, the innovation came from somebody who had never worked in that area,” says Khosla.

“Like Elon Musk (co-founder and CEO of Tesla) hadn’t worked in cars and the automaker’s sort of laughed at the Silicon Valley startup with no experience in automotive. He made lots of mistakes, but he fixed them quickly. And he figured out a better way they would have figured out by applying conventional wisdom.”

After graduating with a bachelor’s degree in electrical engineering from IIT-Delhi, Khosla failed to start a soymilk company to service the many people in India who did not have refrigerators. Instead, he came to the US to further his academic studies.

Khosla, who co-founded Sun Microsystems in 1982 and helped incubate the idea and business plan for Juniper Networks, has invested in companies focusing on areas ranging from solar, biofuel to energy storage and even wearable device makers to increase energy and lower stress. One such venture is Impossible Foods Inc., a company that develops plant-based substitutes for meat and dairy products.

“It makes vegetarian burger…It tastes the same as meat. Most people cannot distinguish between this and (the real meat) burger, except that it doesn’t come from an animal,” says Khosla.

“Plant proteins are the best way to save the planet. It’s healthier than meat proteins for humans (as they) come with cholesterol and other negative things.”

Khosla also sees AI replacing doctors such as the role of radiologists. He says looking at the population of India and number of doctors here, one won’t be able to train enough doctors in the next 30 years to achieve the doctor-patient ratio like present in the West. Also, the doctors have limitations, for instance, keeping up with the last 5,000 articles published on prostate cancer or remembering a certain type of treatment for every new mutation that regularly keeps emerging.

“So my point is really whether it is food, buildings, construction, transportation, education and health care, they are all open to radical innovation with technology. That is optimistic me and that is why I have too many problems for the remaining part of my life left.”