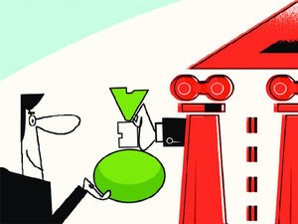 More than a half-dozen venture capital firms have hit the road to raise at least $2 billion for their new funds this year, but they may be in for a rough ride as the industry emerges from its lows.

Sequoia Capital India is raising the largest of the new funds, followed by Nexus Venture Partners. A slew of other VC firms including Lightspeed Venture Partners, Kalaari Capital, Matrix Partners India and Blume Ventures are also raising new funds, according to people aware of the developments.

Industry experts, however, caution that fundraising will be difficult as limited partners (LPs) that invest in VC funds are increasingly seeking cash returns and not mere valuation markups. Several firms previously leveraged the valuations of their portfolio companies to raise capital during the startup ecosystem’s boom period in 2014 and 2015.

“Most of the venture capital firms are raising their third or fourth funds and cannot keep selling hope to LPs,” said the managing partner of a VC firm that completed raising capital for one of its funds last year. “In some funds, we will see a churn in the investor base, which will make it tougher for these VC firms to raise capital.” While Sequoia Capital India has finalised the size of its new fund at $850-900 million, Nexus is targeting $350-400 million for its fifth fund, ET reported earlier.

More Selective
Venture capital firms say LPs that had been taking macro calls on India, varying in extremes from euphoria to doom and gloom, are now more nuanced and likely to be more selective.

“Existing LPs in India are now becoming more impatient (with lack of returns) and are going with fewer managers,” said the MD of one of the VC firms that is on the road to raise capital. Matrix Partners India, which has backed India’s largest cab-hailing application Ola, is targeting a $300-million corpus, according to a person familiar with the firm’s plans. Lightspeed, which is raising its second India fund of up to $175 million, is expected to complete its fundraising by the next quarter, two people said.

Blume Ventures is targeting $80-100 million for its next fund, and Kalaari is expect to hit the road by the end of this year and has yet to finalise the corpus for the fund.

Nexus, which had its annual meeting with its LPs this month, has started making progress on its fundraise, according to sources. Blume and Kalaari confirmed their plans to raise new funds. Lightspeed and Matrix Partners India did not immediately reply to emailed queries.

Scope for exits
The scope for investment sales or exits in India’s startup ecosystem has improved somewhat with strategic investors such as China’s Alibaba and Japan’s Soft-Bank looking to buy out the stakes of venture investors in companies like Flipkart, Paytm and Ola.

This brought significant winnings for SAIF Partners, Tiger Global Management, Accel India and Saama Capital as they cashed out either completely or partially.

This brought significant winnings for SAIF Partners, Tiger Global Management, Accel India and Saama Capital as they cashed out either completely or partially.

Last year saw the Indian startup ecosystem rack up exits totalling $2.55 billion, blowing past the $1.80 billion recorded in 2016 and $1.69 billion scored two years ago, according to data collated by Venture Intelligence.

Venture capital investors and LPs ET spoke with said that while global VC franchisees will be able to raise new funds based on their performances in China or the US, local firms will find it tougher.

“Sequoia will be able to raise its fund irrespective of the performance (in India) as its global franchise is strong. And if you don’t invest in India and China, you will not get access to its US fund,” said a venture capital investor.

Nexus, India’s largest homegrown VC firm, and US-based Sequoia have tweaked their focus to include more geographies — the US and Southeast Asia, respectively.

These firms had significantly increased the sizes of their funds in 2015 by at least 50%. For Sequoia, the focus in India will primarily be on growth or private equitystyle investments. In Southeast Asia, where it backed big companies like Go-Jek early, its focus will be on technology investments, according to the VC mentioned above.

These firms had significantly increased the sizes of their funds in 2015 by at least 50%. For Sequoia, the focus in India will primarily be on growth or private equitystyle investments. In Southeast Asia, where it backed big companies like Go-Jek early, its focus will be on technology investments, according to the VC investor quoted above.

Venture funding in domestic startups peaked in 2014 and 2015 as investors from across the world, including hedge funds, backed early-stage startups expecting that India would be the next China.

“In China, the expansion of the middle income class and the explosion of mobile internet users played out at the same time between 2008 and 2018. In India, it is playing out sequentially and monetisation is taking longer,” said the venture fund manager quoted above.