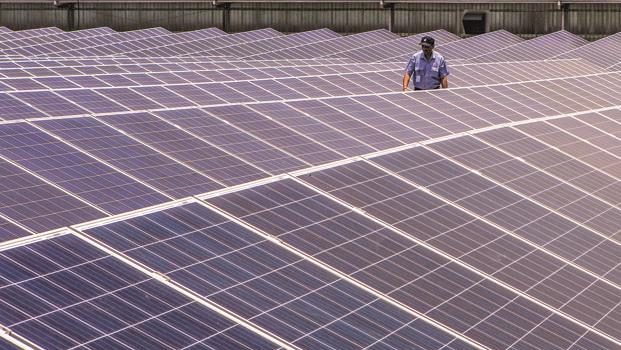 India’s solar power sector is becoming commoditized and margins are getting squeezed across the sector’s value chain, according to Sujoy Ghosh, country head of US-based First Solar Inc.’s India unit.

First Solar, a US-based photovoltaic (PV) panel maker and one of the first overseas companies to enter India’s solar energy market, started selling solar modules to project developers in India in 2012 and counts the country as its second-largest market after the US in terms of total shipments.

Unless solar module companies are able to differentiate themselves or innovate their products and manage ultra-low costs, they will find it difficult to make money, Ghosh said. “There is a lot of commoditization happening, which will squeeze margins across the value chain. Because the way allocations are being driven in the reverse auctions, everything gets commoditized—right from the development to the technology to the services,” he said.

First Solar has about 260MW of solar power projects in India, which it won at state auctions in Telangana, Andhra Pradesh and Karnataka. Of this, about 200MW is operational and the remaining 60MW will come up this year. Including the 260MW capacity, the company has shipped about 1.5GW of its modules in the country over the last five years, giving it over a 10% market share, said Ghosh.

The parent will deploy further capital in India to raise its market share but will do so in expectation of a certain level of returns, he said. In the current scenario of tariffs, returns from the sector would be in their low-teens despite assuming a drop in module prices, he said. Investors in renewable energy assets typically expect internal rate of returns in the range of 14-20%.

India, which has an ambitious target of setting up 100GW of solar power capacity by 2022, has seen its installed capacity cross 9GW in December. It is expected to double capacity to 18GW by the end of 2017 and is joining the ranks of nations such as China, the US and Japan in terms of capacity.

This has drawn massive interest from global investors, buoyed by the promise of strong returns. It has also given rise to new entrants and speedy expansion by existing firms, many of whom have been bidding for projects at aggressive tariffs in reverse auctions. As a result, India’s solar energy tariffs have fallen from Rs15 about five years ago to below Rs5 per unit in 2015 and to a levelized tariff (the value financially equivalent to different annual tariffs over the period of the power purchase agreement) of about Rs3.30 per unit in a February reverse auction.

A sharp decline in prices of solar modules, which make up about 60% of a solar project’s cost, has driven solar power tariff down. Their prices have fallen by 26% in 2016 alone, and are expected to fall an additional 20% this year because of an oversupply in China, Mint reported on 16 March.

In India, the company plans to eventually divest its operational solar power capacity to a long-term investor. “Our goal is to at some point divest assets to a long-term investor and recycle the capital. We will definitely look at potential divestment but it is a function of what time or what scale we decide to do that,” he said. “A lot of the strategic investors would like to look at a certain scale of assets,” Ghosh said.

Globally, the company is looking to introduce its new technology Series 6 modules, which it expects will lower costs by 20-30%.

Out of the top five solar markets, three—China, Japan, and the US—are expected to report a contraction in installations in 2017, further pressurizing profitability of manufacturers, Ghosh said.

“Elsewhere, demand in the Japanese PV market has been seeing a continued downturn for seven consecutive quarters; European market has been contracting; and the rooftop solar market in the US seems to be losing steam as tussles with state utilities continue. This means that even with lower pricing and rapid demand growth in developing countries such as India, global demand is expected to be nearly stagnant in 2017 at about 75GW even as capacity continues to go up,” consultancy Bridge to India said in a 6 March note.