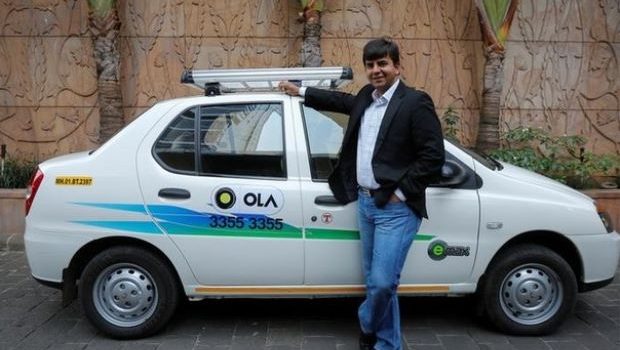 NEW DELHI: Indian ride-hailing firm Ola, backed by Japan’s Softbank Group, is preparing for a large-scale rollout of electric vehicles by next year even as it runs trials on the viability of the business model, chief executive Bhavish Aggarwal said.

Ola will pilot a few thousand electric vehicles in several Indian cities this year and, “after that we will be scaling it up in a major way,” Aggarwal said in an interview on Friday.

The company will also invest in setting up charging stations in the pilot cities, he said, without saying how much Ola would invest in its electrification drive.

Ola’s push comes as sales of electric vehicles in India have remained slow, despite government incentives to curb pollution.

In the year ended March 2016, 22,000 electric vehicles were sold in India, whereas sales of conventionally fuelled vehicles crossed 20 million units in the same period.

India is targeting six million electric vehicles on the road by 2020, but high battery costs, a lack of charging stations and the limited range of the vehicles is still a deterrent.

Aggarwal, however, has the backing of one of Ola’s biggest investors – Softbank.

In December, Softbank Group chairman Masayoshi Son said Ola may introduce one million electric vehicles in India over the next five years, according to local media reports.

“We’re able to leverage their (Softbank’s) network and scale of operations around the world,” Aggarwal said, adding that Ola was also talking to automakers globally about strategic tie-ups.

In India’s US$12bil (RM53.2bil)  taxi market where Ola vies with ride-hailing giant Uber, the push into electric vehicles is also a way for the Indian start-up to lower the cost of car ownership, once battery costs start to come down.

The company is expected to be profitable in 18 to 24 months, Aggarwal said.

In the next few weeks the first wave of electric vehicles under Ola’s pilot scheme, including two-wheelers, rickshaws and cars, will roll out in the southern state of Telangana and Nagpur city in central India.

The main challenge for Ola is the lack of charging stations and the limited range of vehicles given taxis travel about 150-200 km daily.

Aggarwal said for the pilot Ola was using modified versions of existing models, but its goal remained to operate a vehicle for an entire day without a recharge and it is working with automakers to co-design such vehicles.

For the pilot, where infrastructure is inadequate Ola will invest in setting up charging stations but for the longer term it is talking to power and fuel companies to form partnerships.

Charging stations would include a battery swapping facility for some vehicles and quick recharges for others, Aggarwal said.

“We’re taking a leap of faith … The economics are still not there so we’re taking a bit of a risk,” said Aggarwal, alluding to Ola’s investment in the pilot. —  Reuters