Uber gets perpetual injunction against striking unions in Delhi 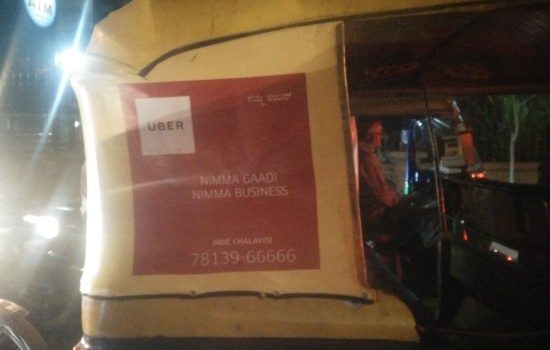 A section of drivers for Ola and Uber are on protest again on Tuesday in the Delhi NCR region. The Sarvodaya Driver Association of Delhi and the Rajdhani Tourist Drivers Union claimed that more than 1 lakh drivers would strike protesting for a single day against the low earnings because of the companies policies, as indicated by this Economic Times report. The unions demanded that fares be increased from existing Rs 6 per km to around Rs 20 per km and the abolition of the 25% commission charged by the companies, the Press Trust of India reported.

Note that Sarvodaya Driver Association of Delhi and Rajdhani Tourist Drivers Union led a 14-day protest back in February which hampered its operations. At the time, it was reported that the union blocked drivers who had not joined the protests. Uber had alleged that union members and striking members removed mobile phones which were given to drivers and were forcibly evicting drivers on active duty.

However, the Delhi High Court has now issued a perpetual injunction restraining the unions from preventing Uber driver partners from going about their work. Ubers full statement.

Uber has been getting similar court restraints against driver unions in various cities. It had a similar injunction in Hyderabad in January during the driver protests. In February, Uber had got a court injunction restraining the cab unions from preventing drivers who were still plying. In Bangalore, the Karnataka high court barred protesters, including union leaders and members, from blocking and stopping the companys cabs.

Capitalizing on the driver protests, many companies have started aggregating cabs which promise better fares and incentives:

In March, online motorbike taxi company Baxi got into cab aggregation and has signed up with various taxi unions in Delhi, Ghaziabad, Gurgaon, Mumbai, Pune, Chennai and Bengaluru.
Jugnoo is foraying into cab aggregation services and diversifying its business. Currently, the company aggregates autorickshaws, delivers meals, and has a hyperlocal grocery delivery service.
Drivers associated with Ola and Uber are now considering launching their own cab hailing app in Bangalore. More than 8,000 drivers part of the initiative which has received political and financial backing from Janata Dal (secular) leader HD Kumaraswamy.
Chaalak Shakti, a cab union in Delhi, is launching its own taxi-hailing app called SEWA to counter Ola and Uber.